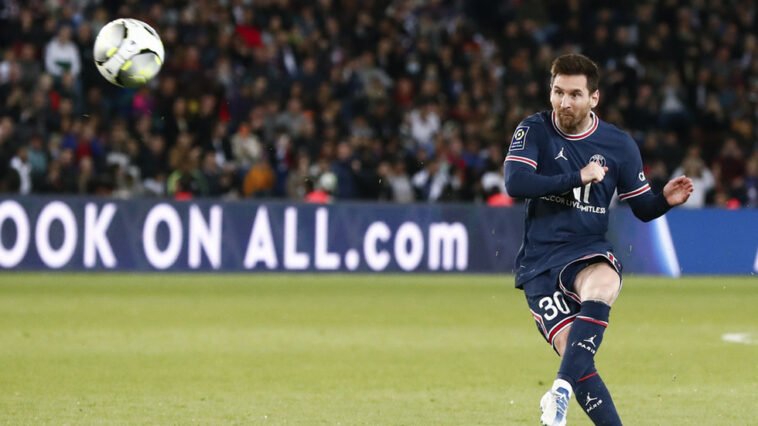 PSG has now won eight of the last ten Ligue 1 titles, with only Monaco and Lille denying them in 2017 and 2018.

The team’s early elimination from the Champions League was nevertheless a source of frustration for some ultra fans, who departed the Parc des Princes 15 minutes before the final whistle.

PSG was eliminated in the last 16 after squandering a 2-0 aggregate lead against Real Madrid in the first 15 minutes.

Despite the fact that the squad had won their previous four games and scored 16 goals during that time, fans from the Boulogne and Auteuil stands did not show their support once more.

PSG was under siege early on but came to life after 20 minutes when Messi, Kylian Mbappe, and Neymar exchanged passes that almost paid off when the Brazilian’s low attempt from inside the box went just wide.

At halftime, PSG was booed by the fans.

Kevin Danso was given a second yellow card in the 57th minute for a violent tackle on Neymar.

On the ensuing free kick, Leca had to reach all the way out to deflect Messi’s attempt.

After being set up by Neymar, the Argentine striker curled a brilliant 25-meter shot into the top corner in the 68th minute.

While some in the crowd yelled Messi’s name, the Auteuil ultras exited the stadium seven minutes later.