Lionel Messi’s individual highlights against Lyon shows he’s back to his peak version, still the best in the world

A compilation of Lionel Messi’s masterclass against Lyon has gone viral and shows he’s back to his very best.

He played a big role in the build-up to his own goal as Neymar eventually picked him out, with the Argentine slotting home with a delightful side-footed strike.

Aside from his goal in the fifth minute, Messi was extremely influential as he ran the game from deep. He adopted a playmaking role, creating a series of chances for his teammates.

The 35-year-old showed off his vision, spraying passes all over the park in a sensational performance.

His individual highlights against Lyon have since emerged online and it makes for incredible viewing.

One Twitter user wrote: “How can you watch Messi play like this in every week and say someone else is better?”

A second tweeted: “Another week another masterclass.”

Another commented: “He is still the best player in the world.”

The seven-time Ballon d’Or winner endured a fairly underwhelming campaign in his debut PSG season, but he’s cooking now and showing the football world he still has plenty to offer. 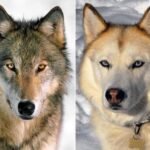 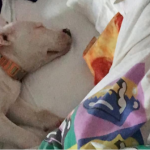