Jose Mourinho has discussed his tactics – and how he kept Lionel Messi quiet – for Inter’s famous Champions League win over Barcelona in 2010.

WHAT HAPPENED? A Jose Mourinho tactical masterclass helped Inter beat Barcelona 3-1 at San Siro in the Champions League in 2010, with the Roma boss explaining on The Coaches’ Voice that stifling Messi was the main objective: “There was a combination of ideas, but basically everything was around not letting Messi play. In Italy they were using the word ‘Gabbia’. I think the real translation is like a jail to Messi. Because in the end we didn’t play man to man, but Zanetti, Motta, Cambiasso, everybody was responsible for any position that Messi could go.”

THE BIGGER PICTURE: This was peak Mourinho. The Portuguese ensured his Inter side nullified Messi to secure a memorable 3-1 win at San Siro in the Champions League semi-final. Inter would go on to win the competition for the first time since 1965.

WHAT NEXT FOR MOURINHO? Written off by many, Mourinho is still convinced of his ability to manage at the very highest level. The former Manchester United boss will undoubtedly be eyeing Serie A glory with Roma, having won the Europa Conference League in his first season with the club. 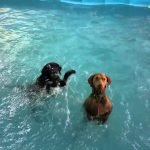