This beautiful dog is bred by Monks in traveler rescue in the Alps, from that he was named Alpine Spaniel. The alpine spaniel stood two feet high and measured up to six feet from their nose to the tail. In the early years he was used as a watchdog over sheep in the mountains. Its number began to decrease in the 1830’s and was annihilated in the 1840’s by an illness. Its direct descendant is the Saint Bernard.

This hunting dog came from French and his name means “to point”. His colors were white with orange and he was famous for his abilities and speed. He died out in the 1970’s. Some people still believe that there are some Braque Du Puy living in areas of Europe.

This dog came from Germany, and he was designed for bull and boar hunting. They lived until 1900’s and they disappear.

They are known as the ancestor to the Pekingese, the Pug and the Japanese Spaniel, Chinese Happa dogs were bred as lap dogs for the elite in ancient china. They were known many years before around 660 BC., but they continued till the 20th century and they died out.

Here we have this gorgeous and beautiful dog named Molossus. This dog was the original Mastiff.  Maybe we are not yet sure for their original purpose but we know that they originated in ancient Greece. We all have seen them in poems and sculptures. Molossus dogs are the ancestors to the Saint Bernard, the Bernese Mount Dog and the Rottweiler dog.

Bred as a companion and as snow dog, the Paisley Terrier is the predecessor of the Yorkshire terrier. Like the Skye terrier, the Paisley was a bit shorter and they weigh less. Their colors were silver, blue and brown.

Tahltan was a community of people lived in the north Columbia in Canada. These dogs were bred to hunt bears but they were also very friendly and gentle. When explorers began bringing their dogs in the northern areas, the Bear dog began extinguishing.

Talbot was a white hunting dog. It is believed that he was moved from Normandy to England by William the conqueror. Unfortunately they fell out of favor with hunters because they had not purpose and upkeep.

Here we come to a smaller version of Cavalerier King Charles Spaniel (CKCS) that was between CKCS and Susse’x spaniel. They were bred as sporting dogs and they were known a companion and snow dog but they died out in the 1920’s.

Known as Cuban Mastiff, this dog was bred to be property guard. They died out in the early 90’ when the demand of guard dogs began to reduce. 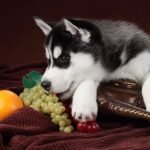