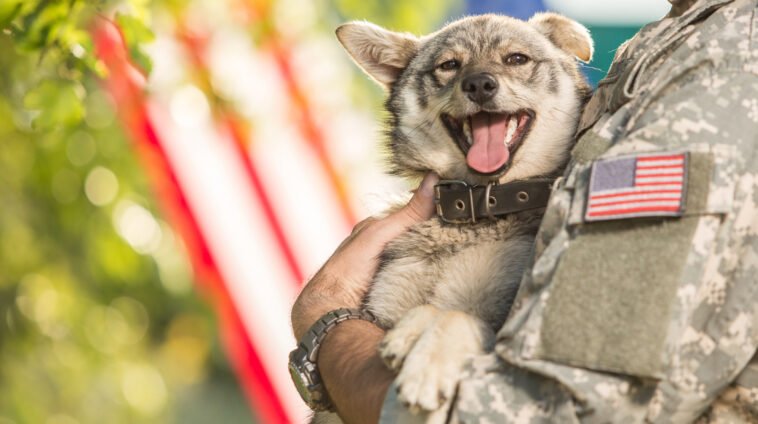 Military dogs are dedicated companions and accomplished heroes. Their presence in the army is necessary for humanity. While our cooperation with the canines has started since the beginning of time, our bond is strong.

Dogs joined the army years ago when war was the only language we spoke. But just recently they have been acknowledged as American heroes.

#1 There are more than 2,500 dogs in active military service.

Dogs have been participating during wars in different combats, and were officially recognized during the World War II. #2 Military dogs are trained in weapon, bomb, and drug detection.

The training of military dogs began around 1958 in order to detect bombs, weapons and attack the enemy.

#3 Dogs have ben used in combat during every major conflict.

Currently there are more than 700 dogs overseas playing an integral role in the current conflicts in Iraq and Afghanistan. #4 Most of the dogs who work in military service don’t come from the United States.

The majority of dogs trained in military are purchased from Germany and Netherlands.

#5 Military Canines are priceless, but they are worth thousands of dollars.

#6 The training process is rigorous and only about 50% make it through.

They should be highly reward motivated and also able to attack on command. #7 A wide range of breeds can be used for military service. #8 A military dog can suffer from post-traumatic stress disorder just like a human.

Even dogs can get PTSD, they are not immune from it. They experience several emotional trauma during deployment.

While on the field a remarkable bond is born between the service dog and his handler. #10 They used to be put down after they were retired.

President Clinton passed a law that allows handlers to adopt them or they are put for adoption elsewhere and given the honorable discharge they deserve.