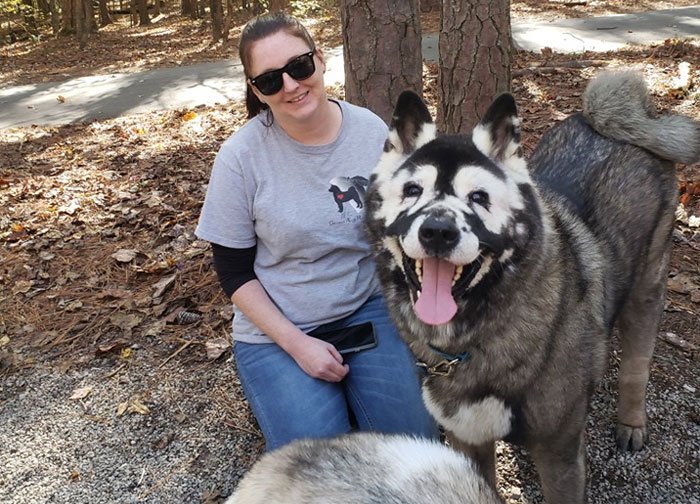 A person might have many pets throughout their life but to each of those pets, they’re the only ones. Luckily for Jax the Akita, his owners were the most loving caregivers he could’ve hoped for. However, Jax also suffered from a very rare disease. It was also the cause of his unique “mask.” In the hopes of educating other dog owners, his humans decided to share his heartbreaking story.

When he was just a pup, Jax didn’t have his “mask”

But things began to change when he got older

Tony Modica and his wife Lindsey Modica from North Carolina purchased Jax as a 12 week old puppy. “We found what we thought was a reputable breeder in our area ,” Tony told Bored Panda. Later, however, they found out that the person was an unethcial back yard breeder who cared more about the money than his dogs’ well being.”

“Jax was a happy boy who loved everyone that he met. At the age of 2, Jax started to have eye problems and slow change in the pigment color of his skin. He was misdiagnosed for almost 5 months with allergies and no treatment was helping.” Through some wonderful people in the Akita World Facebook groups the couple learned about Uveodermatologic syndrome (UVD) and it fit Jax’s symptoms. “Our vet was unfamiliar with it and we forced him to research the disease.”

UVD is also referred to as VKH. “It is a rare disease in which the dog’s immune system forms antibodies against its own pigment cells in the skin and light-sensing cells in the back of the eye,” the owners shared. “It causes red, painful eyes, skin depigmentation on the face and footpads, and premature whitening of the hair. Because the skin and hair issues are cosmetic, treatment focuses on the eye problems, which are typically ongoing and can lead to permanent blindness.”

Those common problems that dogs with UVD experience are called uveitis (inflammation of a layer of the eye), vitiligo (skin depigmentation), and poliosis (premature whitening of the hair ). It’s important to understand that it is the worst-case scenario of all of them and seek treatment immediately. The skin changes, for example, are merely cosmetic, while that for the eyes can lead to blindness.

“The cause is believed to be related to the immune system’s destruction of cells in the retina of the eye and melanocytes (pigment-making cells) the skin and hair. It’s been postulated that a virus may trigger the process. Exposure to sunlight may exacerbate the problem.”

“Jax was known no only for his beautiful mask, which was caused by his disease, but also for his huge smile!” Tony continued. “Through almost everything, Jax always had a smile that could make any person who was having a bad day become happy.”

The disease did not lead to Jax’s untimely death, but the long term side effects from the high dose Prednisone and Azathioprine that were needed to keep his disease under control. “The vet thinks that played a major part in his decline.”

Tony and Lindsey’s goal is to share their journey with their beautiful boy and help educate others so they know what to look for. “Many vets seem to misdiagnose the disease and in many cases, it is not caught early. With proper medication, testing, and constant check-ups, it is manageable. There is a very high chance that at some point, they will go blind.” 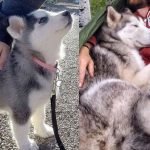 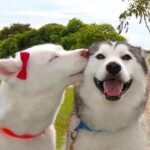