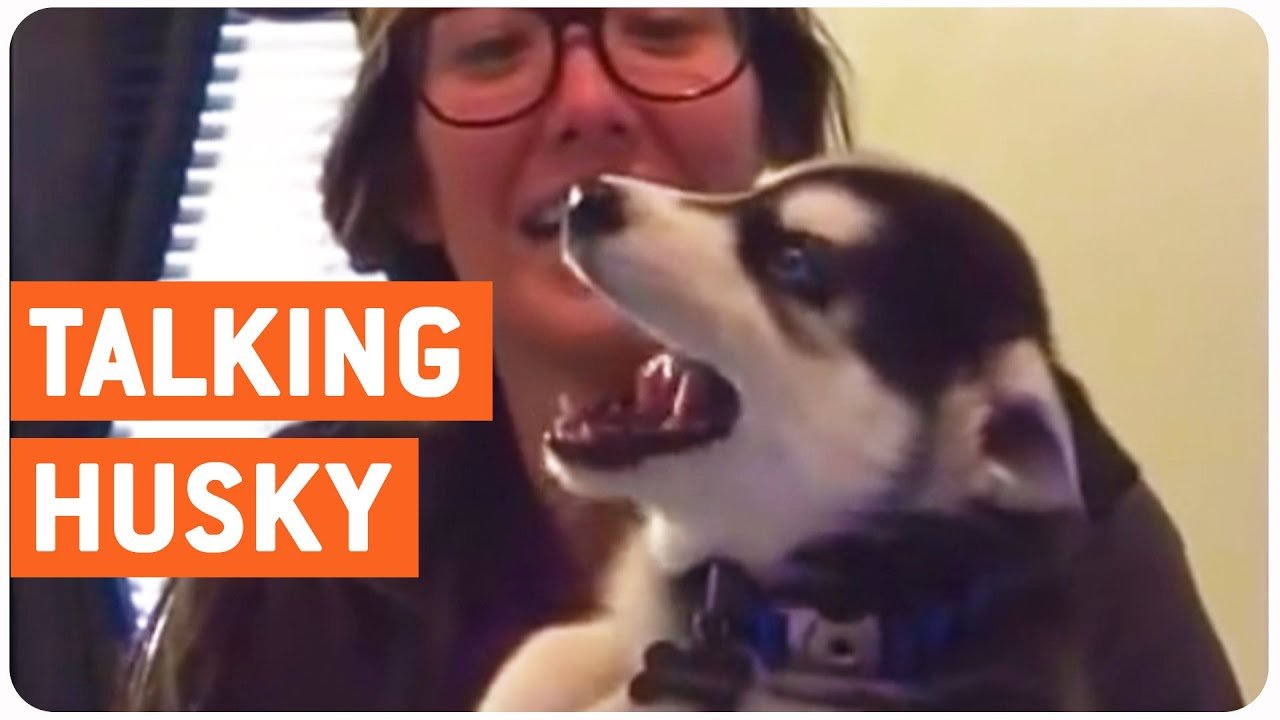 Is that a husky puppy or slightly hairy  child?
The fluffy thing in Kayla Cagnola’s arms is named “Ramsey, and he wants to speak like a human. He burps like a human, too, though unfortunately there’s no video evidence of this unique trait.

Kayla sent an email to The Huffington Post saying that Ramsey was eight weeks in the video and had just received a scolding for eating her roommate’s dog’s food.

“When i was telling him to stop eating that food he started ‘talkinig’ “. Cagnola explained. “I guess he was trying to tell us that he was mad at us for not letting him eat the other dog’s food!”