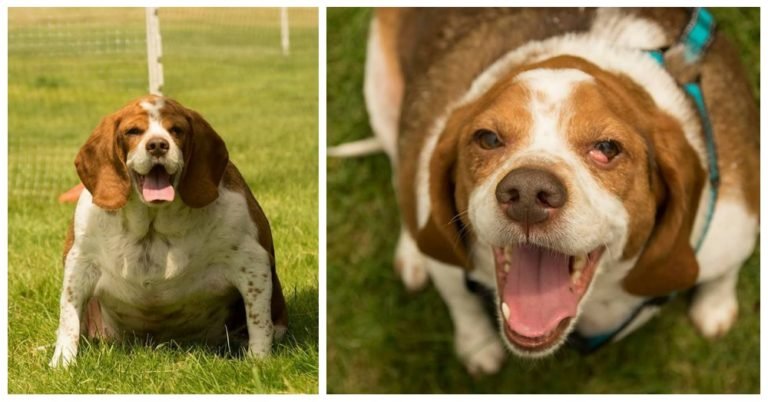 This poor dog could not play, run and he barely moved because of his excessive weight. His weight was around 85 pounds causing him pain in every movement he made.

His owner feed him more than a dog can ever need and this is the result. His owner suffered from a severe memory loss and so he kept filling the Beagles plate several times a day. This could not go on anymore that is why the pup was given to another family, hoping they would give him the help it needed. And so they put the dog on a strict diet and an intense exercise routine. Doing this consistently he managed to drop around 40 pounds. Now look at he’s smile now…Good job buddy! This truly is an inspirational story even for humans who struggle with dieting. If a dog can do it than you sure as hell can too.