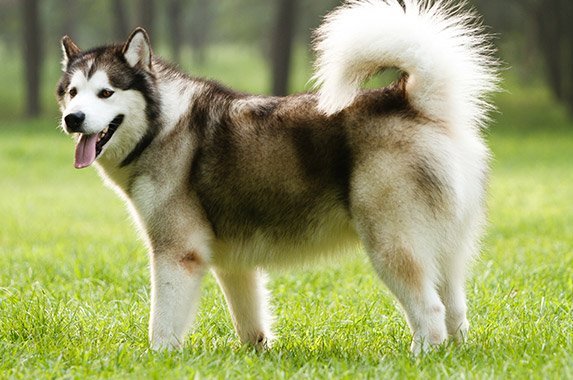 In an article entitled “Genetic Structure of the Purebred Domestic Dog” the journal Science 304, stated 14 purest dog breeds in the world. Among them can mention the following breeds: Siberian Husky, Chow Chow, Shar Pei, Akita, Shiba and Basenji as the oldest dog breeds.

Most of this 14 ancient dog breeds are originated in China and Japan. The list below includes 2 pure dogs from Siberia, 1 from Alaska, and 2 from Japan, 1 from Egyptian/Persian, 1 from Afghanistan, 1 from Congo, 6 from China. It is one of the Japan dog breeds. This dog is not the same as the American Akita. Remember Hachi: A Dog’s Tale (Hachiko) – probably you have seen that movie? Hachi is an Akita Inu. Alaskan Malamute is a dog that has a large body. They look similar to wolves physically. But these dogs are really friendly and loving. Basenji dog breed was formerly found in the Congo. Because of the fact that Basenji doest bark, most people call it the “The Bark-less Dog from Africa”. Chow Chow is often called the Lion Dog because its shape is similar to a male lion. He is a really strong small dog for surviving in the conditions it was formally discovered. We are talking about the north of India where Mound Everest stand. It has long fur with a dense undercoat that gives protection during the winter and harsh weather. These are the perfect watchdogs. Overall they are great and really loving with their family. This dog has many nicknames; the Arabian Hound, some people called The Gazelle Hound, or The Persian Greyhound. They are super fast, and also one of the oldest dog breeds in the worlds. Samoyed is one of the purest breeds in the world. Samoyed usual calling as The Smiley Dog, and it has a thick white fur. It is a dog breed that originated in Japan that have been around antiquity. Shiba Inu is one of the favorite dog in Japan. These make perfect family companions. They are small and really loving. Also they bark so laud when a stranger approaches so they could be considered great watchdogs. Husky face is very similar to wolves. Although they look like wolves, Huskies are not vicious dogs. Huskies are very friendly to everyone, including kids and strangers. Tibetan Terrier is a medium sized, brave, smart, loving and affectionate dogs. They are amazing watchdogs and will bark when they see or hear anything weird approaching them.