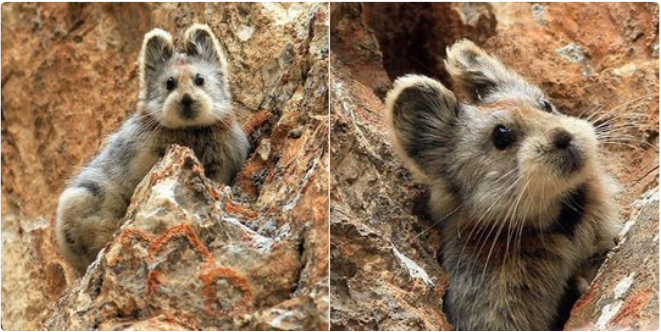 It is not weird or unbelievable.. There are so many creatures unknown to man kind. Even if we like to believe that we know everything we actually don’t.

It is called Ili pika and is a tiny mammal native to the Tianshan Mountains in northwestern China. First discovered by accident in 1983, the animal has remained largely mysterious, despite the efforts of naturalists — until now.

And if you are wondering why this name must know that it is called according to the scientist who first discovered. Weidong Li discovered the species decades ago. He is a scientist at the Xinjijang Institute for Ecology and Geography led his team up a mountain and was confronted with exactly what he was looking for: the teddy bear face of a curious Ili pika, peeking around a rock. So when they found it hiding behind a rock, and they realized they had found the pika. Listed as endangered by the International Union for Conservation of Nature, the Ili pika lives at high altitudes, making it sensitive to environmental or climatic changes. Despite its adorable look, there are no conservation efforts currently trying to save the Ili pika.

#2- Chinese scientists believe that there are less than 1,000 Ili Pikas left in the world.

#3- Ili Pika population is believed to have declined by 70 per cent since its discovery in 1983..