A new study in the journal “PLOS ONE” has shown that dogs and wolves can communicate between them throw their eyes.

Colors in the face, around the eyes and eye color forming part of a communication system which is well studied in humans.

Sayoko UEDA researcher at Tokyo Institute of Technology and Kyoto University study took in the colors of their eyes around 25 different canines.

A- Both Pupil position in the eye outline and eye position in the face are clear. In this model was illustration wolves and dogs. Such Individuals invite you to look into their eyes. The researchers Even Suspect That the white of the eye Evolved, in part, to set off the darker hues of the iris and Pupil.

B- Only the eye position is clear. In model B was used a fox . For say, some information is conveyed by the eyes Likely to others, but not much.

C- Both the Pupil and eye position are unclear. C model, exemplified by bush animals like dogs. They are all dark eyes blend in with their furry faces. The researchers point out dry “various camouflage predators their eyes to Increase their hunting success.” Consider That if you do not know what an individual is looking at, you can not Predict the his or her behavior.

Following the eyes reveal Interests and Where Can an individual might go next. Both wolves and dogs are adept at following human gazes.

“The fact That the studied (canine) with A-type species faces tended to ENGAGE suggests living in. That group broke use the gases in communication signal Among group members, nor the need for communication is larger for group-living species than for solo / pair-living species, “wrote the Researcher.

They added, “Group-hunting species had significantly lighter iris color (an IMPORTANT factor-signaling of gases eyes) than Those of solo hunting species. These results Suggest That the gases signal is used for communication up during group hunting in many of these species. ”

Since we’re too social mammals, we are spreading ourselves and revealing more about Our eyes Our mental states with fully than we realize. 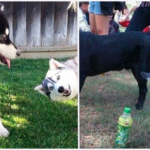 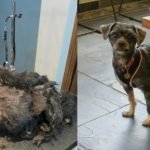