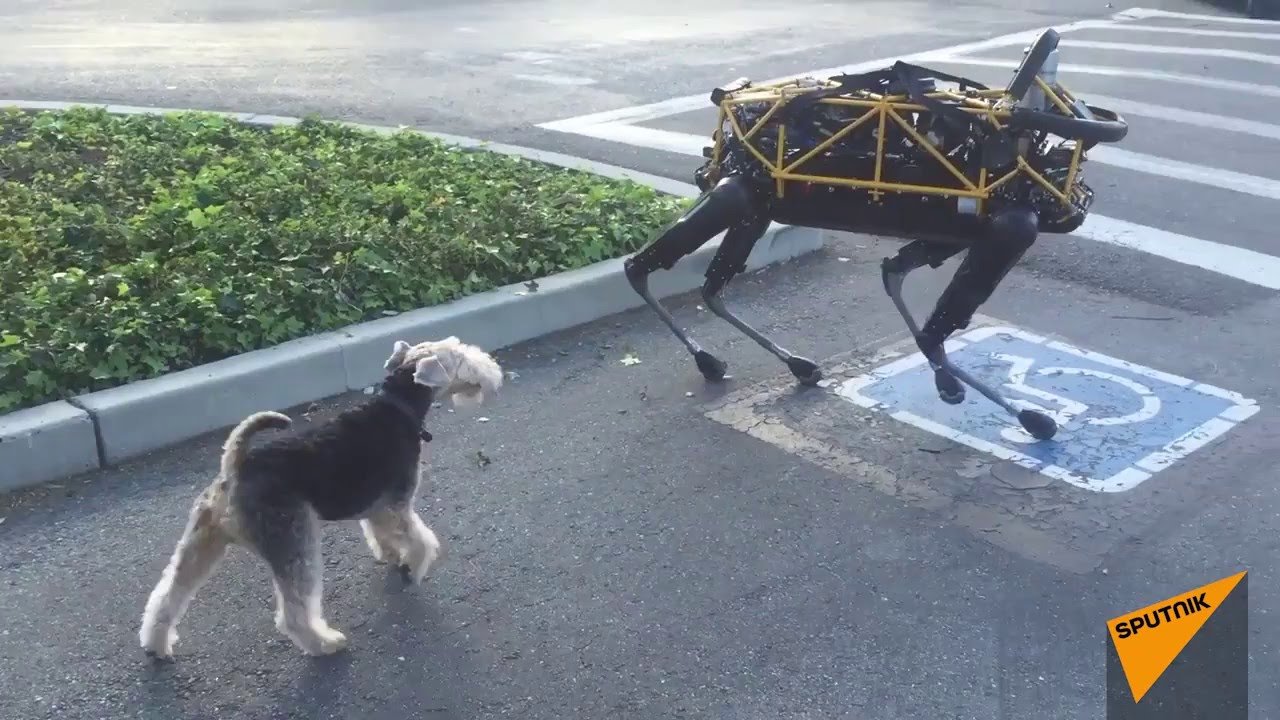 Have you ever noticed how nuts dogs tend to go when they see something they don’t recognize? They start barking like crazy, and I can assure you that there is nothing you can do to make them STOP. I mean think about those many different videos when dogs see themselves in the mirror.

How do these silly little creatures react? Isn’t what they do just hilarious???
Well keeping in mind the outlandish reaction dogs have when they see something they are not familiar with, imagine this: a dog meeting a Robot Dog. Can you imagine the reaction of the dog in this weird first date? I mean we just said that dogs react to everything they are unfamiliar with in a really lunatic way. But if they react to their own reflection in the mirror in a mad way, then how do you think the dog in the following video is going to react when he first meets the Robot Dog?

I have to admit that I couldn’t stop laughing when I first saw this video. Look at that little pooch, and his determination you all! The dog is just too mad with the Robot, and he is making sure to let the robot know about his situation. This Robot Dog is the latest quadruped robot from Google’s Boston Dynamics group, and it’s the only one in civilian hands! I don’t know about y’all, but in my opinion they have done a pretty smart thing by introducing this Robot Dog to a real dg. This way each one will know where they belong, and who rules the town already…