A couple of months ago, a devoted family bought winter boots for their little Siberian Husky. It was going to be the first winter for the little fella, and in order to get him familiar with the boots, its family decided to make him wear them one day. The good thing is that they filmed how the whole new experience went, and I want to say that this is one hilarious video.

At first you will see the Siberian Husky Puppy trying to walk with the winter boots on. the way that he feels a little weird while wearing the boots is quite visible. Pay attention to the way the puppy handles the boots. right after they let him go, he starts running/jumping in weird motions. To him feels like his paws have been taken aways and he has these uncomfortable boots to walk with. But that feeling does not last longer for him.

Even though he keeps walking and running in weird motions, you can tell that nothing can stop him playing with his fella. The way this puppy handles the whole situation is just hilarious. He can feel that something has changed in his paws, but that is no trouble to him. He will keep playing and slaying like he always does. And although his parents can’t stop laughing on him, the little buddy doesn’t seem to care. He keeps on living life how he wants. 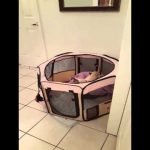 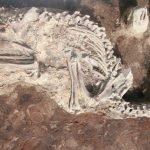