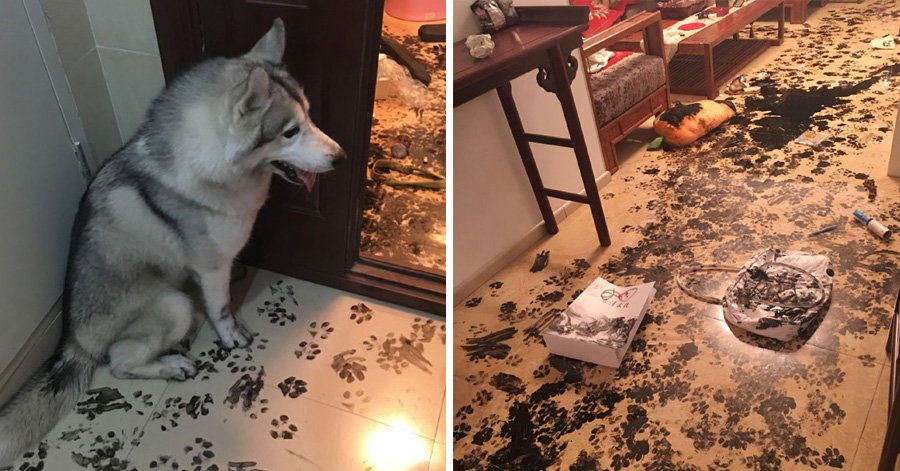 Who said that Huskies are not good at turning a simple apartment into an artistic exhibitions you guys? These puppies are so talented when they want too, that once you leave a Husky alone, you will not be able to recognize a spot in your house once you come back.

This is exactly what happened to a couple who left their Husky dog home alone fore three hours while they went to the movies. You know why? Because the artistic spirit in him exploded and he wanted to express all his feelings. The following pictures will show how the house looked when the couple returned home after the movie.

Who said that Huskies can not make great interior designers? Wanna see how good this Husky was at redesigning his parent’s apartment? Keep on scrolling.. After letting his signature on top of the master bedroom’s bed, the Husky started his work. First he decided to paint the floors of the apartment. The good news is that he used “traditional ink for Chinese calligraphy practice” which is “100% bio and non-toxic to dog or human.” He used his designer skills to paint the floors of the apartment with a nice touch of black color. Then he decided that some spots on the floor needed more paint than others. So he went ahead and did what he had to do. Once he was done with the floors, he thought that the furnitures needed a little touch also. I guess he was going for a more modern-looking interior design. Unfortunately along the way he got a little messy because all this stuff was getting on his way. Once he was done with the redesign, he was impatiently waiting for his parents to get back home. He wanted to see how would they react to the new redesign of the apartment. As you can see, he was positive that they were going to approve the changes. 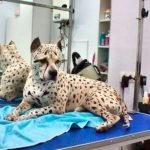