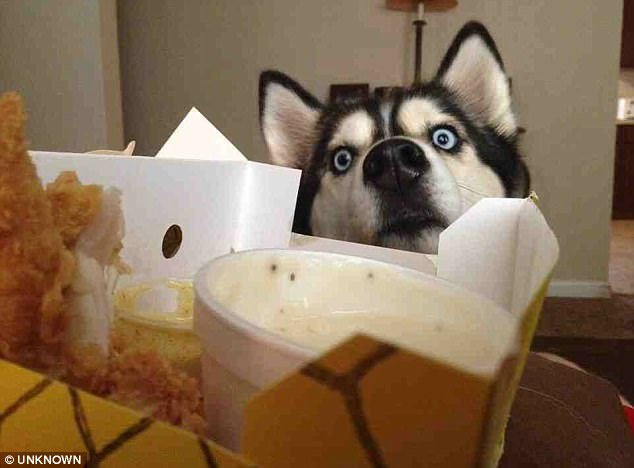 It doesn’t matter how well-trained they are, pets will always go crazy at the smell of food.

And these very funny photos show the lengths they will go to when pleading for a taste of what their owners are eating.

They may have learned not to make any noise, but the pets still find a way to get their owners’ attention if their humans are eating a meal.

From poking their heads through gaps in arms and legs to pulling hilarious faces, these pets show just how desperate they are to be fed even a morsel.

And while dogs are most likely to be caught begging for food, cats have also been caught red-handed pleading for their owners’ meals.

Owners have shared the hilarious moments when their pets have begged for food. This husky is absolutely desperate to get his paws on this fast food meal

Does your dog do this? Dogs will bid for their owners’ attention in surprisingly ingenious ways, including poking their heads through any sort of gap in their owners’ arms and legs

From his facial expression, we think this pup may be in the mood for some pizza

It’s not only dogs who beg for food! A cute baby decided to join two of the family’s pets in patiently waiting for the man to dish out some food

You’re never alone if you have a dog! We imagine this pooch gave its owner a big shock when they looked down at dinner to see a big pair of eyes staring back at them

Dogs will go to any lengths to make sure their owners know they want some of their food, including seriously invading their personal space

Sneak attack! This handsome dog thought the tablecloth would disguise his attempts to steal a morsel of food from his owners’ meal but we can see you, pooch

They think they’re people! Cute dogs jumped on their owners’ dining chairs in an attempt to act as if they also needed a human meal

How long can you go without giving in and feeding your dog when they give you those staring puppy-dog eyes?

Didn’t this pooch’s mother ever teach him that it’s rude to put your head on the table at dinner? 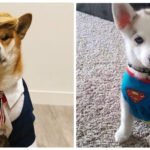 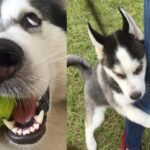