Twelve-year-old Malory Steiner was playing outside her home in Royalton, NY, when she saw an SUV toss a black garbage bag out its window and drive off. It might have been just a bad case of littering, but then something strange happened.

“The bag started walking down the road,” she told her local news station. She quickly realized that there was a small dog inside the bag, and that it was not in good shape. “I saw that it was starting to rip and it was around his neck.”

Tearing open the bag, Steiner and her family saw that inside was an elderly pug in poor health.

The pug, named Teddy, was taken back to BPSBR’s headquarters, where it was discovered he was in even worse shape than anyone had realized.

They set to work immediately, dosing him with antibiotics, special shampoos, and eye drops.

Teddy has been eating and drinking, which is a good sign, and the rescuers hope that he’s feeling a bit more comfortable.

Despite everything he’s been through, Teddy is a warm, friendly dog who loves snuggling. 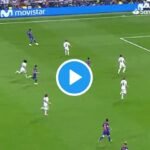