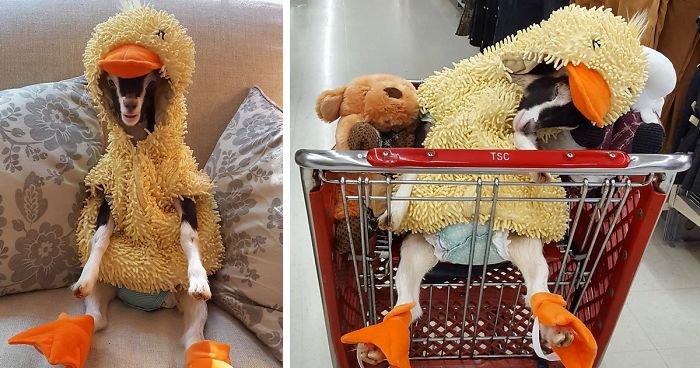 The poor creature suffer terrible anxiety attacks. Things started to take a turn only when her owner bought her a duck costume. Her life has changed completely once she wore it on.

Despite her anxiety problem, she’s also blind and severely underweight.

How could the owner imagine that a simple duck costume would make his goat go from anxious to chill just like that. She became calmer the moment he put the costume on her.

Before the goat used to get pretty stressed running around when she could’t find where her owner was. She would literally find a corner of a wall around the house and just start sucking on it. As her families says the house now is full of little suck marks.

Now days every thing is looking much better regarding the duck mood. There must be something magical about that costumes that helped her so much with her condition.