Thinking it twice, no other animal has been more important to humans then the wolf. For many years they where gods in the Norse mythologies and nursed Romulus and Remus, the founders of Rome. Not forgetting that the wolf is the first animal to be domesticated, a process still surrounded by mystery that happened over 10,000 years ago. There is all this love and hate around humans and wolfs, they have been our dearest friends and direst enemies, and yet there is still so much we don’t know about them.

Stanford University in 2008 published a study about the mutation responsible for black fur. This color of fur occurs only in dogs, and black wolves are the result of grey wolves breeding with domestic canines long time ago. This type of mutation is a dominant trait and is passed down to the majority of offspring. They are not sure if this muttation has any benefit, they do not seem to be more successful hunters, but do show a marked improvement in immunity to certain infections. North America has the major number of black wolves in the world.

Fact: A large percentage of coyotes are actually wolf hybrids.

Even in areas where wolves have been largely eliminated, coyotes have survived and grow in population. Over the last years, a large number moved east, into suburban areas. Genetic tests on coyotes revealed that 22%  had some wolf ancestry. This type of coyotes are bigger then normal ones and are extremely cunning. Like coyotes they are fearless of human but they have the wolf’s pack hunting instinct and high level of aggression.

Fact: Cannibalism is common amongst wolves.

Another word that defines wolves is: opportunistic carnivores. They will never miss a chance to get a meal. Living in some of the most dangerous and wild terrain on the planet, forces them to eat sick or injured members of the pack, and any wolf that has died is generally fair game.If two packs come into contact, most often they will end up in a fatal battle with the alpha male most often being killed.

In other interesting fact is that wolves increase exponentially in size the further they are from the equator. Tropic wolves are the size of a medium dog, but those of far north like Alaska, Canada or Russia can be in excess of 120lbs. The largest wolf ever captured in North America was  175lbs. In Ukraine was found a more massive one hitting 190lbs. There are unsubstantiated reports of 200lb+ specimens, presumably alpha males in areas that boast a steady food supply.

Even if wolves a not a vector of rabies, they can catch it from other animals. Unlike other animals, wolves fall immediately into a rage when they contract rabies. A major number of attacks on humans are connected to infected wolves. Although there are obviously treatments available for people bitten by rabid animals, the wolf’s propensity is to bite near the head and neck, and oftentimes the virus reaches the brain before medical help can be sought.

Fact: Wolves in the Americas are less likely to attack humans than elsewhere in the world.

There are very few records of wolf attack on humans in US and Canada, but in Europe and Asia its a different story. Between 1580-1830 there where over 3000 people killed by wolves in France. In the Middle Ages through Europe there were special structures for travelers to take refuge from wolf packs. During World War I, soldiers from the Allied and Central Forces were occasionally forced to join forces fighting off starving wolves attracted by the scent of blood on the battlefield.

Although they are closely related (practically the same species) and can readily interbreed, many wolves consider dogs prey items. In a fight, the even large dogs are generally outmatched, as wolves of equal size have larger teeth and a more devastating bite. In Russia, where stray dogs have become a serious problem since the fall of the Soviet empire, they have become a staple in the diet of wolves. Often, a single wolf will solicit a dog to follow, and lead it into an ambush by the remainder of the pack. Only the largest and fiercest livestock guardians such as Caucasian Shepherds generally have a chance defending themselves. 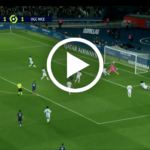 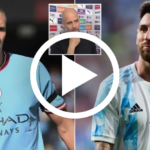