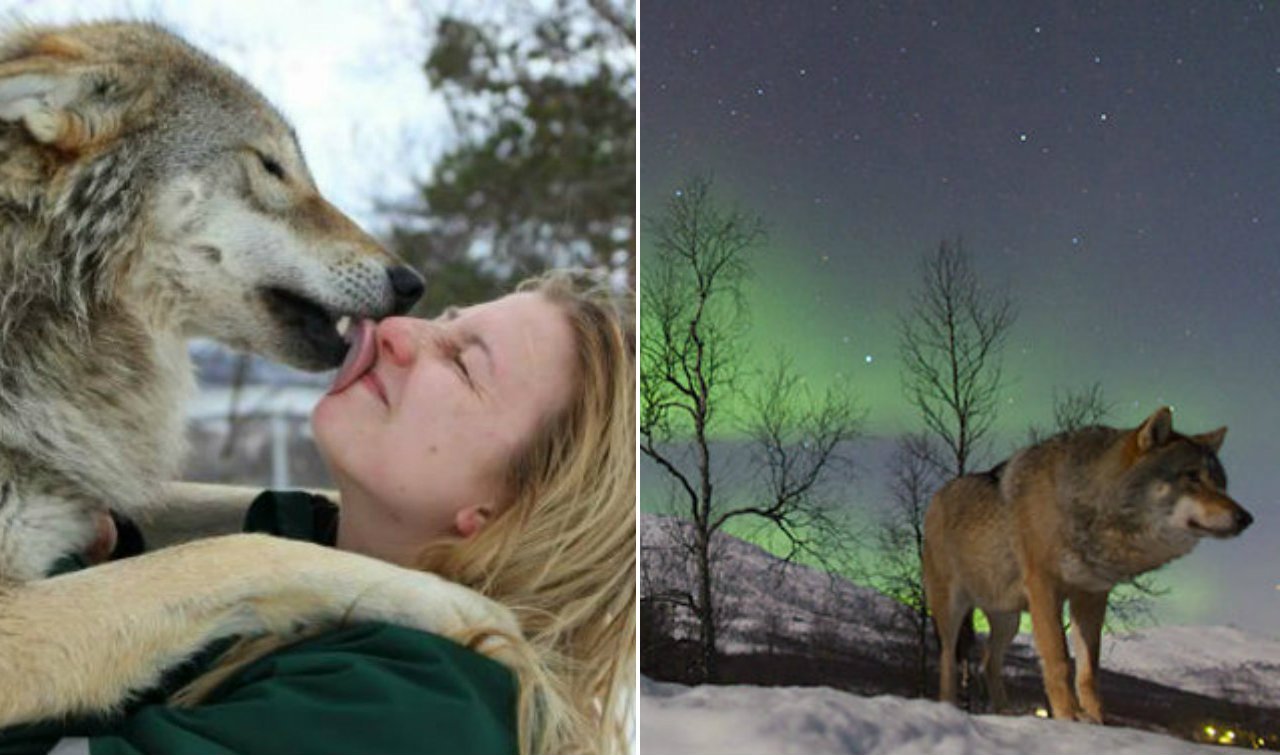 It might seem a  little odd reading about this wildlife wolf sanctuary that lets you cuddle with wolves. I bet the majority of us wouldn’t want to be any where near a wolf, knowing how aggressive and hustle they can be. But to our surprise this is exactly what this wolf sanctuary in Norway encourages tourists and visitors to do.

All the wolves in this wildlife animal sanctuary are raised to be social and thrive among humans. Different from wild wolves, the ones raised here don’t fear humans. You can approach and even cuddle with them. This approach educates people on the important value this beautiful beasts have on our ecosystem, plus it spreads an important message on wildlife preservation.  A research report from 2013 showed that in Norway there were only about 68 grey wolves and are listed as ‘critically endangered’. This massive decline in numbers is mainly caused by human encroachment and hunting practices.

Polar Park is probably one of the few sanctuaries in Europe where humans can get a close enclosure with one of the most majestic creatures here. There is an instructor that leads you on what to do at every step. To be even safer you have to be dressed appropriately and being in a good physical shape is another plus. Not only does this sanctuary let visitors cuddle with wolves all year around, they also offer a luxury ‘Wolf Lodge’ that is built in one of the wolf enclosures. The only entrance to go there was throw a tunnel from an outer fence. This lodge is built up with large windows all around giving you a view of the wolfs as they go about their business.