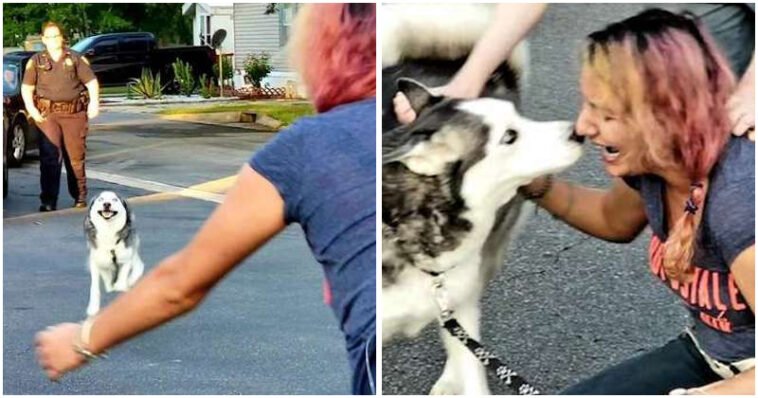 The more I know people the more I love my dog

This is the thrilling story where a woman reunites with her husky, two years after he lost. The two lived in boredom away from each other for a relatively long time. Life is unpredictable so I always call on you to love unconditionally your loved ones and your pets. It is impossible to live without love.

The story is about Cameroon Mares and her beloved dog Semper. They meet in 2013. Back then, the adorable Husky was just a puppy and Cameroon was looking for a companion more than ever as she was fighting with severe form of cancer.

Semper Fidelis her dog’s names means (always faithful) as he was in fact with his owner. He is very loyal and he loves her, as much as she loves him.

Kameroun had to travel to California to continue her treatment, and she left her dog with her roommate. But it is difficult to take care of a foreign dog, especially a husky. They refuse to cooperate with other people, the main reason why so many huskies get lost from their families.

Woman Reunites With Her Husky

Devastated by the loss of her beloved puppy to her only companion, she continues to search for him. In every corner of the city she distributed brochures giving information about the dog. Further, she searches every animal hospital and every shelter California, in order to have any new information.

So she went to the humane society in May 2017 and they checked online … That is when she discovered that a year earlier, on April 11, 2016, a woman added her name to Semper’s chip. The company that microchipped Semper the second time, never checked if he had a chip or a previous owner. That’s why he had never showed up.

Despite everything, happiness knocked on Cameroon’s door two and a half years later. She and Semper had a very exciting meeting which was characterized by tears of joy and lots of hugs. Cameroon said: I see him as an extension of myself and my heart. I am glad I have him back in my arms!

I hope this story inspires you and teaches you never to give up. 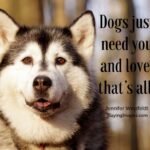 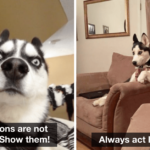