Juventus’ disastrous Champions League expedition comes to an end when they host a rampant PSG side in Turin on Wednesday. A Kylian Mbappe brace had sealed the deal for the away side in the reverse fixture and PSG would look to earn maximum points to solidify their position at the pinnacle of the group.

Juventus almost pulled off the impossible when in their previous encounter against Benfica, but a disastrous loss meant that the Italian giants were knocked out of Europe this summer. The Old Lady has had a catastrophic season but they’ll be looking to round off the group stage with a win in Turin. Allegri would want Juventus to put a statement against a high-flying Parisian side with a win at home to give them some relief before they bow out of the tournament. Juventus have finally shown glimpses of promise domestically and would look to replicate their performances against PSG. But if the home side is handed a loss, they could become the first Italian team since 2004-05 to lose 5 out of 6 Champions League group stage matches.

PSG’s journey this summer has been the opposite of their Italian opponents. The Parisians are the only undefeated outfit in Europe’s top-5 leagues, a record they would want to extend. The striking trio of Mbappe, Neymar, and Messi, or ‘MNM’ have found their goal-scoring touch and have looked vicious in front of goal. Christophe Galtier’s men have brushed aside every opponent they have encountered and Juventus could be next on the list. PSG who has 11 points from 5 games is equal on points with Benfica. Galtier would know that his team needs to match or better Benfica’s results to retain their spot at the top of the group.

The Old lady lock horns with Inter on the 7th of November before traveling to Verona to face the Yellow and Blue on the 10th of November. The team’s last match of the year is against Lazio on the 14th of November in Turin.

Les Parisiens face Lorient on the 6th of November and the host Auxerre on the 13th of November. After the international break, Galtier’s men face Strasbourg at the Parc Des Princess on the 28th of December. 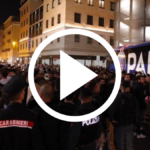 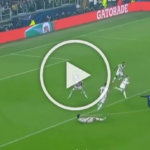