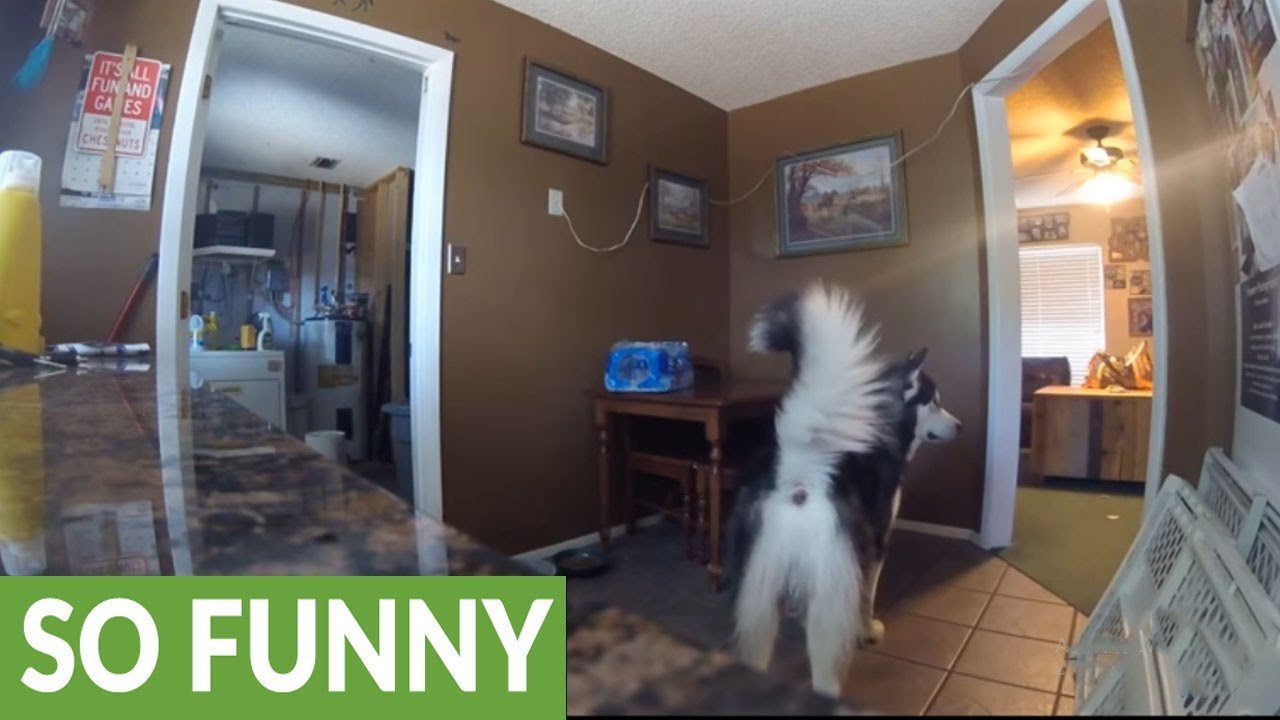 Pets and mess go hand in hand. Every house that owns pets is hardly ever seen totally clean and organized. No one can deny this fact. But among their countless adventures around the house and messes they leave behind just a few of them are captured on film.

Like the footage of this malamute that is obsessed with his mommies purse. Every time he finds him self all alone at the house, he goes and digs his nose inside the purse, as if there were a treasure or marvellous treat waiting for him.

So one day, she decided to bust the little guy on camera once and for all. The result is this hilarious video below.

As the dog saw that no one was around, he went on digging on his mommies purse as always. But little did he knew that she was seeing his every move from the camera put on the corner. As he was deep in his search, apparently trying to find his favorite toy he heard a voice that said ‘Tonka, you better not be getting in my purse’.

The chair crashed on the floor causing a loud noise. That was when his owner yelled  “Tonka! Are you trying to steal from my purse again?”

But seems that he does not care, he keeps going through inside the purse with his nose.

Although his owner is already onto him, he continues to go through her purse, which is now lying on the floor.

Eventually, his owner comes into the kitchen to clean up the mess and chastise her dog for his wrongdoings.

In the end, it still seems as though silly Tonka was only thinking about his toys. See the hilarious dog’s naughty behavior in the video below, you won’t want to miss it! 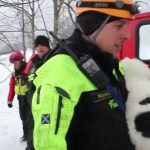