The seven-time Ballon d’Or winner netted a brilliant goal, leading his nation to a 3-0 victory in Miami.
Argentina entered the current international break with both eyes on the FIFA World Cup as the South American powerhouse look to use their next few fixtures as warm-up for the highly-anticipated tournament in Qatar.

And that’s just what La Albiceleste did on Friday, with the Copa America champions traveling to Miami for a friendly against Honduras. The Hard Rock Stadium was the venue for this tie as fans flocked to the ground to catch a glimpse of Messi and Co. in action.

And for everyone eager to see the seven-time Ballon d’Or winner doing his magic, they were not disappointed, as Lionel captained his nation to a lovely 3-0 triumph.

And that’s not all. The PSG superstar got his name on the scoresheet not once, but twice, netting a brace, with one of his two efforts on goal being absolutely exquisite.

Lautaro Martinez gave Scaloni’s men the lead after only 16 minutes and just before half-time, Messi doubled Argentina’s advantage, netting from the spot after the two-time FIFA World Cup winners were awarded a penalty.

In the 69th minute, La Pulga completed his brace, and he could not have done it in a better fashion. The 35-year-old had rounded the keeper and was about the slot the ball into an empty goal when he was flagged offside. However, after resuming play, Honduras were robbed of the ball, which fell nicely to Messi, deep inside their own third, leading to an audacious chip from the Barcelona icon that went above and beyond the goalie and into the back of the net.

And as described by the beIN Sports USA official commentating on the game, it truly was a “gorgeous” chip! Check out the goal below. 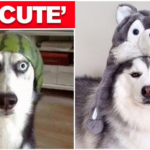