This is the touching story of a family dog that found the collar of the other dog the family had before him. For some people, having a dog is a necessity. As the time passes they pass away cause sadly dogs don’t live as long as people do.

Therefore families go ahead and adopt a new puppy, not because they forgot their first one or to replace the one they lost. Dogs are like family members, they are missed and will always be remembered after they pass away.

This is the German Shepherd-Rottweiler mix that died tragically after was hit by a car at only one a half years old. The was very loved, and the family took her everywhere, even on long trips. She even gave company and comfort to the families daughter when she went away for collage.

After months passed, the mother brought home a new puppy, to somehow ease the pain of losing the other one. And it was truly a blessing having again a pup around the house. They are always here for you, regardless of your look or mood. The moment they see you enter through the door they always rush towards you with excitement.

Before the first dog death, he has lost his collar somewhere in the woods that surrounded the house. They had even forgot about it until one morning the new families pup came home with a collar between her teeth.

To their surprise, was the same collar the first dog had, and the new one found it right on Christmas morning. It was as if she was giving them their Christmas gift, a piece of the dog they lost so unexpectedly.

my dog lost her collar in the woods before she died this year, today my other dog runs up to me outside with it, what a christmas gift :') pic.twitter.com/jPdqdlSfFB

First he went to show it to one of the family daughters, and right after she so it she got very emotional and went inside looking for her sister and parents.

One idea is that since the pup plays with some of the toys their first dog used to play to, she might recognize her scent and found the missing collar.

Now the collar is hanged on the fireplace along with the Christmas socks. Seeing the collar there is like she was never gone. 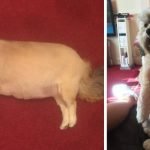 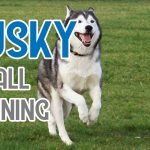