“Leo was waving and saying that he wanted to come off,” confirmed Galtier on his Argentine star. “On his final sprint, he felt tired. He came off because he felt that he needed to rest and that a fresher teammate would have been better. There is a feeling of frustration as they tried so hard. We had moments in both halves. That said, Benfica had some in the first half and our goalkeeper was busy and crucial. We did not get many chances in the first half, but we did score a wonderful goal.”

PSG give us a sneak peek

Marco Verratti returned from injury for PSG and put in a man-of-the-match performance after injury as Christophe Galtier’s men shaded their hosts for their play in some of their most impressive play of the season so far against arguably their toughest opponents to date.

“We always play to win,” said the Italian after the game. “It is a difficult place to come. Benfica are a good team with good players. The first 10-15 minutes were tough. That happens in the Champions League. After that, we managed to boss the second half. There were some really good chances. In the UCL, you have to take those openings as you do not get 10 or so per game. We were unable to do it, but we fought until the end. When you cannot win, you must not lose.”

It needed a moment of magic from Messi with a brilliant first-time finish from a sharp Neymar assist to break the deadlock in Lisbon. Unfortunately, Pereira put through his own net before halftime to level things up as Presnel Kimpembe’s absence continues to cost Les Parisiens at the back.

Outside of this term, PSG have conceded in each of their last 11 European outings which will be of concern heading towards the knockout phase. Both sides remain without defeat this campaign which leaves Juventus in a complicated position third in Group H after their win over Maccabi Haifa. However, it does set up a mouthwatering second matchup between PSG and Benfica in Paris next week.

That said, an injury to a Marquinhos or a Sergio Ramos at this stage could prove disastrous for the French giants who are already dipping into the precious little depth they have in central defense by reassigning Pereira from midfield duties. Inter Milan’s Milan Skriniar was a key target over the summer and remains of interest heading into January and it is easy to see why when the Ligue 1 champions’ backline is so leaky in Europe.

“We knew that this game would have ups and downs,” admitted the Brazilian skipper. “We know how hard it is to play here and that this stadium has a great atmosphere. Benfica are really in good form. They are in this position as they are very good and know how to play. They troubled us, but we tried to play our game. We must work on things like the conceded goal, though. That can make the difference at this level.”

As for the Portuguese giants, many fancied them as the second team of this group and for good reason with Roger Schmidt’s men proving tough opponents for PSG and better than Juve over the opening three games. The Italian giants’ struggles have been well documented, but Benfica’s impressive form has equally flown under the radar to the extent that they were unbeaten in 15 against French opponents headed into this one.

If the Aguias can avoid defeat at Parc des Princes next week, then they may well be able to sew up second spot in Group H unless Juve can get the better of them at the death, Liverpool found out last season that Benfica are no mugs and have now helped to show a wider audience just how stubborn this side is. 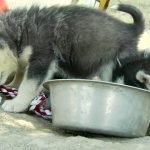