All you dog-lovers will be able to learn 5 amazing phenomena dogs sense before happening. They can sense what is about to happen in nature, and also to people around them. The fact that they are amazingly intuitive, and incredibly aware of their surroundings, allows them to predict the “future.” Below are listed 5 Phenomena dogs sense for one reason or another.

Many of you might not know that dogs sense perfectly when a woman is ready to give birth. There have been many documented reports of dogs sensing the phenomenon before happening. Until now there have not been actual discoveries about how are dogs able to sense labor. Many guess that dogs are able to sense labor because of the physical transitions that pregnant women experience before labor. On the other hand many others say that dogs are able to smell a “labor scent” that pregnant women have before labor. Up until now we have not been able to reveal the mystery. Maybe they just feel it, there might not be an actual explanation to that.

The fact that dogs are considered to be a human’s best friend is deeper than we thought. Have you ever heard that dogs are the only animal on Earth that love their owner more than themselves? This particular example explains somehow the saying. One of the next phenomena dogs sense is Illness. It has been said that dogs are extremely sensitive, and have an incredible sense of smell. They say that your dog will be the first to learn if you are Ill. Dogs make the impossible to let their owner know about their concern. If your dog is sniffing a particular area in your body very often, then do not hesitate to go for a visit to the doctor.

Although dogs are very much aware of their surroundings, many scientists argue that dogs have an incredible perception of hearing. They can even hear rocks crumbling under the ground surface. Many histories from Ancient Greece, or China show that dogs have felt earthquakes before they happened. The phenomenons dogs sense is very particular, and helpful to their owners. The symptoms these dogs have is heavy signs of distress. Also some seismologists say that dogs are able to feel Earthquakes though their paws. Either way it is important that dogs can sense this phenomenon, so nest time you see your dog all stressed out, listen carefully to what he/she is trying to tell you!

Some dogs are specially trained to be seizure alert dogs. Most of these dogs know when a seizure is going to happen, and they also know on how to alert their owner. They are always lying in front of their owners when a seizure has happened, and meanwhile they try to get the attention of others in order to get some extra help. While other dogs that have not been trained in alerting their owner about a seizure, also are able to sense it. This is one of the phenomenons dogs sense, almost all of them no exception, it is just that some know how to react, while others don’t.

Just like Earthquakes dogs can easily sense Storm. These phenomenons dogs sense has to do with their ability to hear. Did you all knew that dogs olfactory senses are 100 times more sensitive that those of humans? That is a very strong reason why dogs are able to sense all different phenomenons, while people can’t. When it comes to storms dogs feel the electromagnetic force that storms release afterwards they are able to hear the noise of the thunder for a couple of miles away.

These are some amazing phenomenons dogs sense before happening. It is amazing how much sensitive these creatures are. 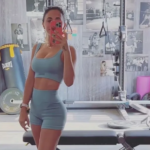