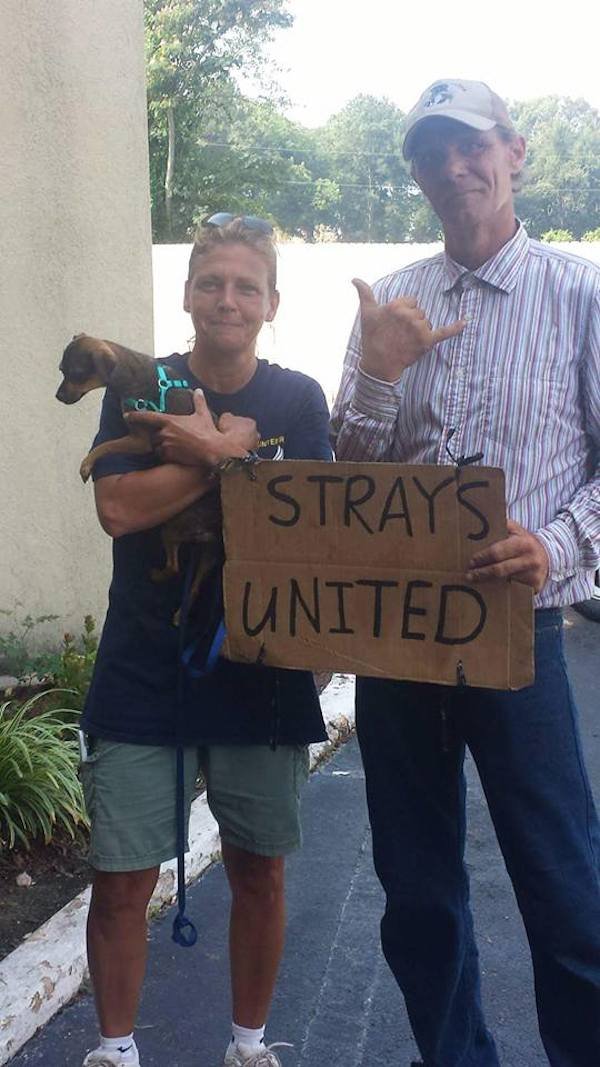 I have never read nothing like this before. An obsessed man named Steve decided to travel from California to Indianapolis, Indiana (2000 miles) with his 11 stray dogs. Thats all he had just his dogs, no transport whatsoever or money. So he decided to start his journey with a bike, and a cart where he kept the dogs.

After traveling for two weeks they made it to West Memphis, Arkansas. He had one mission: To help stray dogs around america, and give them food and a shelter.

Along the way a generous woman decided to give them a ride, and pay a hotel room for the big family for one night. The reason she did this was because her own mother was an animal advocate in the West Memphis area. Luckily for them the Animal Shelter in West Memphis decided to chip in. They donated 100 pounds of food for the 11 dogs Steve had with him. this way the dogs got some good sleep, and a lot of food. A few people around who saw Steve and his 11 dogs, thought that what this man was doing for abandoned dogs was very sweet. Thats why they decided to chip in, and pay for another night at the hotel. This was Steve would have more time to find a ride that would take him to Indianapolis, Indiana. As they say, do good and good will find you. This family was extremely lucky because they were able to find someone who would give the a ride to their final destination. A woman from Tennessee was willing to take them to Indianapolis, Indiana for free.

Little by little a lot of people found out about the generous act Steve was doing, and the GoFundMe raised $6836 from 197 people. To sum up, another generous person decided to give the family a trailer, so they could have a transport for their next adventure. Now the family has a temporary home in Indianapolis, Indiana, a fund of $6836, a trailer and definitely a bright future ahead. We all should thank people like Steve who make a difference for stray dogs in this world.