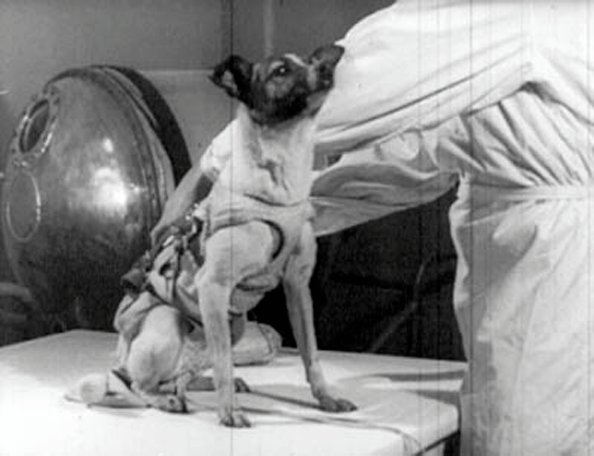 The first dog launched in the space was a stray dog called Laika, on 3 November 1957. She was chosen because of her small size, and was also very calm. The space travel was a suicide mission for the dog so it was made to test the safety for humans.

The mission was another in a series of coups for the Soviet Union, which was then leading the way in space exploration while the United States lagged. Just a month earlier, they had launched Sputnik, the world’s first satellite. When Laika’s vessel, Sputnik 2, shot into orbit, the U.S. fell even further behind. In most of the important magazines was written about Laika and they showed compassion for the dog, but there was nothing that could be done.

Also the Brits were especially full of feeling for the dog — and outrage toward the Russians. “THE DOG WILL DIE, WE CAN’T SAVE IT, wailed London’s mass-minded Daily Mirror,” the story declares. The Soviet embassy in London was forced to switch from celebration mode to damage control.

“The Russians love dogs,” a Soviet official protested, for TIME magazine. “This has been done not for the sake of cruelty but for the benefit of humanity.”

Although they had long insisted that Laika expired painlessly after about a week in orbit, an official with Moscow’s Institute for Biological Problems leaked the true story in 2002:  She died within hours of takeoff from panic and overheating, according to the BBC. Sputnik 2 continued to orbit the Earth for five months, then burned up when it reentered the atmosphere in April 1958. 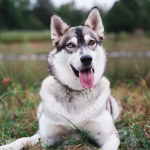