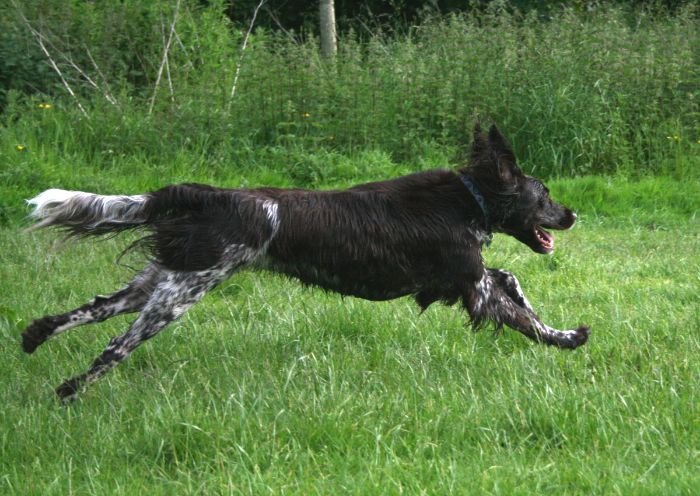 Pets are very dear to us, and so is the dumbest things pets have ever done. They are silly and often times they behave humorously or unconsciously. This is also noticed in a conversation between pet owners. They have shared with us the experiences of their animals which are frightened by dumbest things. Pets are silly.

Dumbest Things Pets Have Ever Done

#1 Sleepy shenanigans.
Doggo was asleep in the back garden ( we were having a small BBQ just me and the Mrs) doggo was dreaming and letting out the little yips and woofs, plus the legs were doing the pretend running thing. Thunder and lightning started miles off over the bay and we were enjoying watching it, suddenly overhead there was one hell of a crack and flash, doggo in semi-sleep semi s**t scared state charges off down the garden headfirst into the side of the bouncy castle that we had up for the kids, catapulting herself off at a sideways tangent into the paddling pool wiping out totally as she cartwheeled into the water.– igual88

I have a pit bull. One day I hear him growling and barking while outside. This is not normal for him. He usually will only bark 1-2 times when he is ready to come inside, so I was a bit concerned. There is nothing but grass and a dead leaf. Turns out that he was having a 10-minute standoff with said dead leaf. It was just windy enough for it to rustle a bit, but not move. I proceed to pick up the leaf and he lets out this shriek as if I was in immediate danger. I look at him and crumple up the leaf and he just tilts his head like “oh..” and proceeds to lean on me for pets. A 50lb pitbull terrified of a leaf. What a dumbass. – itsdjc

#3 Waiting on you.
At 4 pm, my dogs look out the front window to watch for me coming home from work. They still do this despite the fact I’ve been working from home for a year. – gamedogmillionaire

#4 Wet cat
My cat fell asleep on the garden fence in the sun and must have forgotten where she was. She always stretches out then rolls when she wakes up.

She rolled right off the fence into our pond. Water is not her favorite. – Settledforthisone

Dumbest Things Pets Have Ever Done

#5 ‘Do you wanna build a snowman?’
My greyhound is a retired racer. He’s never seen a lot of snow… but he adores it. Until he saw his first snowman. He began to scream (as greyhounds do) as if it was the most terrifying thing in the world. – Feralcrumpetart

#6 Hungry for some fruit.
My dog keeps begging my mom for a piece of fruit, tries it, and spits it out because she dislikes it and still wants more. – Danslerr

#7 Many mistakes happened.
Our pup took a while to really understand how to scratch his face, and would just end up repeatedly kicking himself in the face with his back leg. He’s a little better at it now but still occasionally gives himself a bit of a kick rather than scratch. – MullGeek

#8 Squirrel hunting.
My greyhound finally caught up to a squirrel in the park before it went up a tree. She slowed right down, sniffed it, and then just watched it run up the tree. She seemed so disillusioned by the experience. – HiHoKermit

#9 Smelling the dandelions.
My dog was sniffing around a tree and bumped into a dandelion. He yelped and hopped away.I never let him forget that time he was scared by a dandelion. – buckut

#10 Made of glass.
My cat bit a glass plate and got angry because she couldn’t eat it then went to bother the fishes and fell into the fish tank. – Winterbrella 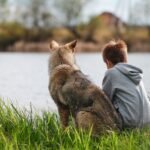