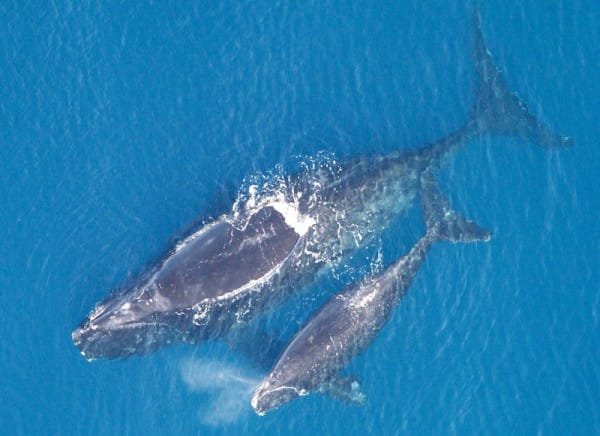 All parents would do anything for their child, even giving up their own life for them. It is the same even with Animal Parents. In every day life are the little things that show the affection  and unconditional love a parent has for their children. Like forcing them to eat healthy, going to a kids park for them, doctor visits and so on. As much as parents love their children, being on top of the chain has its perks and a big one is that we do not have to worry about being safe or being eaten by another animal.

But in the wild animal kingdom the danger is constant, leaving animal parents with the sense of fear and need for protection toward their young ones.  The type of actions they have to take on a daily basis make you realize that what we do as parents is nothing  compared to the sacrifices they go through.

#1 Did you knew that young orangutans are carried by their mother up when they are 5 years old. The reason behind this is because they grow up extremely slow and for the first two years of his life carrying them around is a most. Among them there are some young’s that are carried even up to five years old by their mother. As for breastfeeding, they nurse them until they are 8 years old. #2 Female octopus starves herself to death so she can protect her eggs. They lay hundreds of tiny eggs in crevices and rocky overhangs. They do not leave their sight until the entire incubation period is over protecting their eggs fiercely. One octopus, observed by the scientist took up to 53 months to hatch. By that time the mother octopus died due to the prolonged starvation and exhaustion. #4 Elephant herds have more females counting than males. These females are led by a more experienced matriarch. The female elephants are  known under the name ‘cow’. They help other young female elephants by delegating some of their responsibilities when it comes to the well being of their little ones. Not only does this help young new moms but more importantly, it teaches them important skills that they will use to teach a young female like them self one day when they grow older. #5 Koalas only source of food are eucalyptus leaves, that can be very poisonous to many other animals. And so when a baby koala is born can not yet tolerate the leaves. To build their resistance little by little, their mother feeds them with its own feces. Only after six months, after the koala has been feed with her mothers milk, feces and grown in her pouch, can start to eat leaves on her own. #6 Male seahorses are the ones that fertilize, carry and hatch the eggs. They can carry up to 2000 eggs from their female partners. They continue carrying for them even after they hatch, to help them adjust to the salinity of the ocean. #7 An interesting fact about penguins is that the female emperor goes off to the see for 2 months to feed after laying their eggs. In the meantime their male mates are left to incubate and hatch the eggs. They can not move until their eggs hatch, going up to 64 days without eating nothing.  Even after the eggs hatch, is the males responsibility to keep the baby safe from the zero below temperatures of the Arctic. They huddle in huge colonies together, to keep warm. It is a known fact, that they lose up to 44 pounds before their mates come back to take over with the parenthood. #8 The sandgrouse bird flies long distances just to drink water. They live in sub-Saharan Africa and due to the extremely high temperatures, water is hard to find. And when the little ones are too weak to fly on their own, the male sandgrouse uses his absorbent feathers to soak up water, from were he flies to get it, and than uses it to feed his thirsty chicks. #9 The Pacific gray whale migrates thousands of miles starting from the Arctic to tropical waters to breed. Although warmer waters do not offer as much nutrition goods as the cold ones, they do offer safety from the predators. During the nursing faze, the mother whale loses up to 8 tons of her body weight due to the lack of food. #10 As it turns out, new born dolphins do not sleep during the whole first month they are born. A total nightmare huh…

Normally dolphins sleep from 5 to 8 hours a day. For the first month the calf along with the mother dolphin stay awake almost the entire time until the baby adapts to the normal sleeping patterns. As you can see, like us, humans, even animal parents do impossible things about their babies in the wild nature.  See more at @Littlethings 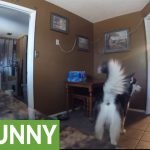 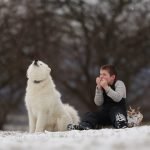