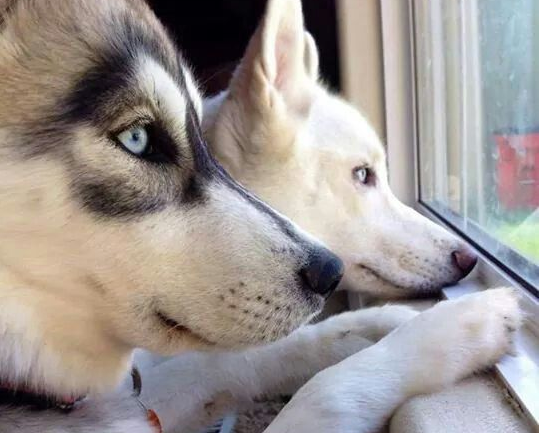 If you thought that dogs don’t mind it when their owner treats them like they were a stuffed toy by squeezing, hugging a god knows what else they do to them, you are very wrong.
Turns out there are specific things people do that dogs hate. Check out the list we have compiled down below.

#1 We are so used to see photos of dogs and people hugging them but the truth is that dogs do not like them as much as we thought they do. Especially when they come from complete strangers cause they see them as threats. The best option is to let the dog warm up to you and cuddle on his own terms.

#2 When people touch and squeeze a dogs face causes anger on their faces. The reason behind this is very simple. How would you like it if someone would touch and squeeze your face just because they feel like it. If you feel like rewarding your dog for his good behavior give him a treat instead.

#3 Dogs like to sniff on things as much as they like to go on walks and explore. For a dog the scent comes first from all other senses. And pulling on his leash every time he tries to stop and sniff can be considered even mean. If we would do a comparison would you trying to have a good look at a beautiful shop and someone that keeps dragging you from your arm without letting you enjoy a thing. I t is not nice, huh.

#4 Even though routine is considered boring, it is necessary. Just like people, dogs need to know what to expect from a day. They need to have a specific schedule of their daily activities, like when will they eat, when will they go for walks, play at the park etc. And if your dog is acting out and being messy is because you did not teach him well when it comes to rules. Show him what and what not is he allowed to do or touch. Try to incorporate a routine for your dog and you will see how much things will change for the good. #5 Well no one likes to be yelled at. Dogs too feel bad when they owners yell to them and put harsh punishments. Although they can not understand what you are saying, they do feel the emotions you transmit to them. Making your dog fear you, won’t get you anywhere. Positive reinforcement is known to be the most effective training. Whenever he does something unwanted, direct your dog towards a positive or preferred behavior. #6 If you are one of those owners that loves to dress up their dogs with baby clothes chances are your dog hates it.  Give him time and get to know what he likes and what not. Generally dogs like simple things such as one T-shirt but when it comes to loathe on their feet or whole body costumes, well that is a bit too much. And if it is necessary due to the low temperatures and cold weather, start slow and build your way up. #7 When it comes to the sense of smell, that of a dog is about 10.000 to 100.000 times more sensitive than ours. As true as it is that dogs enjoy smelling and sniffing natural senses when it comes to strong fragrances and chemicals their nose gets irritated and eventually they get bothered from them. The best thing is to avoid direct spraying on your dog with anything and even when it is necessary due to a medical condition use a cloth and spray the medication on it first than apply it on your dog. #8 Dogs same as humans are social creatures and hate to be left alone. While some dogs might find companionship by being around other dogs, others want their human by their side. Many dogs even suffer from separation anxiety when they are left alone. Although it is impossible to dedicate your life to your dog by being around him 24/7 cause of course someone has to pay for the house he is living in and the food he is consuming. What a devoted do owner could do is spend as much time left from the day with his pet. A daily routine and mental stimulation help too. #9 I bet you have experienced the faze when the dog refuses to move. Unfortunately this sudden behavior can happen even in the middle of the street or when he refuses to move out of the car. This is causes mainly by a certain fear he might have or a phobia.  Do not force him when he does not move. A better option is to keep him at a safe distance and reward him when he manages to stay calm. Gradually increase his exposure to the trigger and reward him somehow just for not reacting.  If it is a phobia case than is best to hire a specialized trainer for that. #10 As much as we wish to be constantly happy that is never going to happen. Happiness is an emotional state and just like all our other feelings will come and go as it pleases. Many dogs feel what their owners feel. Whether you are going to a period of stress or depression, will affect your dog as well as you causing them to get sick. Some others might get bored and frustrated because of the lack of attention from your part. Try to bring your self up on your feet even when you don’t feel like it, for sure your dog will help you go through this faze. 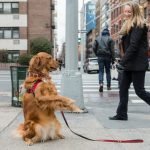