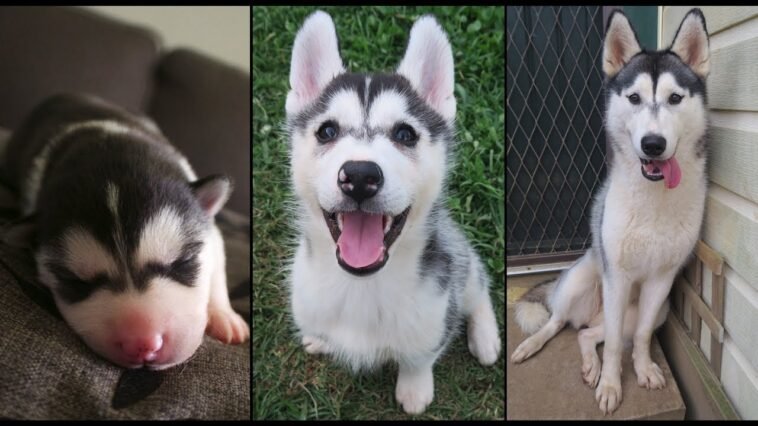 Browsing several web pages I found an article with Fun Facts About Siberian Huskies. Today’s summary consists of 65 interesting facts about the Husky dog breed. Huskies are among the 10 most preferred breeds by humans, which is also quoted below.

#1 Quite a few Universities use the Siberian Husky as a mascot.

#2 Many celebrities are fond of our energetic pooch, including Rita Ora. The pop princess named her dog ‘Bowie.’

#4 Siberia is very cold and experiences freezing temperatures. As such, the Chukchi people often allow them to sleep in their beds. This is referred to as a ‘three dog night.’ Talk about a live blanket!

#5 When you take a trip to Central Park in New York, stop and check out the bronzed statue of Balto. He was the leader of sled teams from 1925. (Years later it turned out that the real hero was called Togo, but it was Balto who was photographed by reporters right after the run.) We love them both endlessly and thank them for their sacrifices.

#6 Balto is not the only movie that has featured Siberian Huskies. You can also catch them in Snow Dogs, Eight Below and Iron Will.

#7 Because Siberian Huskies resemble the wolves featured in popular movies such as Game of Thrones, more people are interested in owning one of these pooches.

#8 They sure do love their comfort! When Huskies sleep and curl up with their tails touching their noses, this is known as the Swirl.

#9 ‘Esky,’ which makes sense for Eskimo dog; this was the intended name for the breed. However, there seemed to be some miscommunication, which resulted in the name being Husky.

#10 The Husky is mostly a howler, rather than a barker.

#11 Studies out of the University of Florida suggest that you should enjoy those Siberian Husky kisses. It seems humans could benefit from the good probiotic effect coming from the proteins in its saliva.

#12 These energetic companions will do your heart a world of good, according to the American Heart Association. Lots of exercise and stress-free sessions.

#13 Huskies are territorial, so after their bathroom session, they’ll kick the dirt, and the scent glands of his paws will do the trick.

#14 If you are breeding Siberian Huskies, expect up to eight puppies per litter.

#15 A Siberian Husky can be breed with a Wolf as they are a purebred and not a hybrid dog.

#16 It seems Siberian Huskies are in tune with that Earth’s magnetic field when they poop.

#17 They might not be number one among dog owners, but they are in the top ten as the most popular breed, according to America’s Pet Registry.

#18 Don’t overfeed your Siberian Husky, most easily gain weight and can have difficulty with joint issues or hip dysplasia.
#19 Huskies live up to about 14 years.
#20 These adorable pooches are born with no teeth, and they can neither see nor hear.

#21 By four weeks old, your Husky will be able to see and make some vocalizations.
#22 Their resting heart rate is 60 to 100 beats per minute.
#23 Feeling the heat, do not worry. This hot-blooded canine burns upwards of 101 and 102.5 degrees Fahrenheit. It is normal for them.

#24 Female Siberian Husky, can have puppies twice a year.
#25 Don’t feed this canine any grapes or raisins. It’s poisonous for dogs.
#26 It’s a definite no-no for them to be given any caffeine or onions (this also applies to other breeds).
#27 Talk about food allergies! The arsenic in apples and pears are not lethal for your Siberian friend.
#28 This dog breed has 18 muscles in their ears.

#29 Siberian Huskies should never be shaved, especially their undercoat, unless for medical purposes.
#30 Another cool factor for this blue-eyed pooch is they have waterproof coats that reflect heat. So, it’s fine to have them in tropical climates.
#31 Trim their eyes, ears, and paws frequently.
#32 These Siberian canines are not like humans; they do not require frequent bathing. Do so only if needed, because their furs can dry out.

#33 As for their undercoat, this sheds maybe twice a year. It’s known as ‘blowing their coat.’
#34 Invest in trash bags and a coat rake; give your furry friend a daily coat raking, as this will loosen the fur clumps.

#35 To keep their eyes protected and moist Siberian Huskies have a nictitating membrane or extra eyelid.

#36 When it is freezing in the nights, a Siberian Husky’s nose will dry up.
#37 Every Husky has a different nose print.
#38 Siberian Huskies can see in the dark, because they have a tapetum lucidum membrane in their eyes.

#39 Huskies are fast runners. They can go upwards of 28 mph.

#40 The Husky is not colorblind that is a myth.

#41 Unlike humans, Siberian Huskies come without an appendix.

#42 These friendly canines are known for their love-filled blue eyes, which is an inherent trait.
#43 The breed has several coat color combinations; agouti, pure white, white and grey, white and copper red as well as full black.
#44 Siberian Huskies sometimes have one blue eye and one brown eye. This is referred to as Heterochromia.
#45 The male Siberian Huskies are bigger at 45 to 60 pounds and 21-23.5 inches tall. Female is smaller they average 30 to 50 pounds and 20-22 inches tall.

#46 They’re compact, built for running and pulling weight.
#47 The Siberian Husky can have liver hue, tan or black noses, depending on the color of their coat.
#48 If you notice their fluffy tails, it stays downwards when they relax, however, once they are moving it curls up.

#49 Their whiskers are very sensitive and are beneficial when they hunt at night. The Siberian Husky whiskers also detect airflow changes.
#50 You’ll often see a mark or stripe on their face if it is a bi-colored

#51 Siberian Huskies might not bark a lot, but they are a highly vocal breed.
#52 This pack dog needs someone who can take charge like an alpha dog. Dominance is needed with this breed.
#53 Siberian Huskies will make great companions for people with illnesses like depression.
#54 The indigenous Eskimos – Chukchi people, don’t have to hire nannies. They employ the services of these children loving pooches to look out for their kids.
#55 Siberian Huskies have a pack mentality, so get them a pet sibling or prepare to dole out tons of love and affection.

#56 Their hunting instinct is strong, and as such, these dogs and cats don’t naturally mix. It’d be an incredible episode of ‘Tom and Jerry’ in your house if they’re not trained to co-exist.
#57 Be warned potty training will take great patience with this independent thinker.
#58 Siberian huskies are a loving bunch. Unfortunately, a lot of them love everyone, so we do not recommend that you use them as guard dogs. They’ll most likely be kissing that intruder to death.

#59 Siberian Huskies originated from Siberia, Russia specifically for sledding.
#60 Canada had the first registered Siberian Huskies.
#61 The Husky could go back to 27,000 years after DNA was discovered from an Arctic Wolf. This would make Siberian Huskies an ancient dog breeds.
#62 From 1938-1991 these pooches bore the name Arctic Huskies, but all that was changed to reflect their origin from Siberia.

#63 The Soviet government closed the borders around the 1930s, which saw the last of the Siberian Husky imports.
#64 All dogs, wolves, and jackals are linked to an animal that existed 40 million years ago. It was a weasel-like tree-and-den dweller known as the Miacis. Afterwards, it evolved to a Tomarctus that had the genus Canis (aka canine).
#65 In 1909, they were a great help to those people who lived in Alaska and were used for sledding across the icy terrain. They transported loads of equipment, supplies, food and yes, gold during the Nome gold rush. 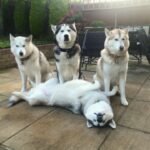 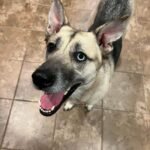