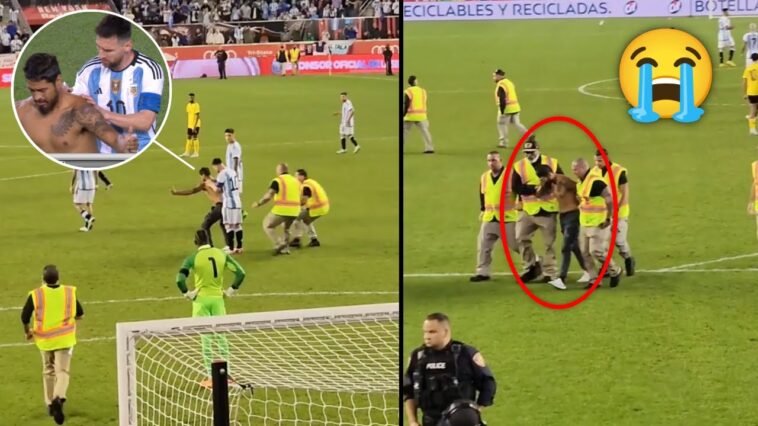 You have to give Lionel Messi credit — the Argentinian scorer was ready to sign the autograph.

In a 3-0 World Cup warmup win over Jamaica at Red Bull Arena in Harrison, N.J., Messi was twice accosted by fans after entering the game in its 56th minute – including one who wanted the soccer legend to autograph his body.

The first fan attempted to take Messi’s photo in the 65th minute, only to get tackled by security at his feet.

It didn’t take the 35-year-old off his game. Messi scored from 23 yards out in the 86th minute. A second fan then rushed onto the field and handed Messi a marker. The Argentinian began writing, but the the fan was tackled by security.

Messi got another goal three minutes later after he was pulled down by Adrian Mariappa just outside the penalty area. Messi sent the kick through the defensive wall and just to the right of a sprawling Andre Blake for his ninth free kick goal for Argentina.

His Argentinian teammates understand why fans just want to get close to him.

“You have to enjoy Messi,” coach Lionel Scaloni said. “No matter your country, everyone does. I’m his coach, but I would buy a ticket to see him.”

Fans erupted in applause less than a minute into the second half when Messi walked with teammates to a corner and started to warm up. A large percentage of the crowd appeared more focused on Messi stretching than they did the action on the field, and fans stood and made the stadium rumble when he entered for Lautaro Martínez and took the captain’s armband from Angel Di Maria.

“There are no words to describe what he is,” Julian Álvarez, who scored the game’s opening goal, said. “Playing five, 10 minutes or all the match, he manages to do amazing things.” 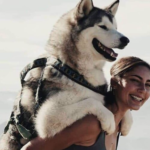