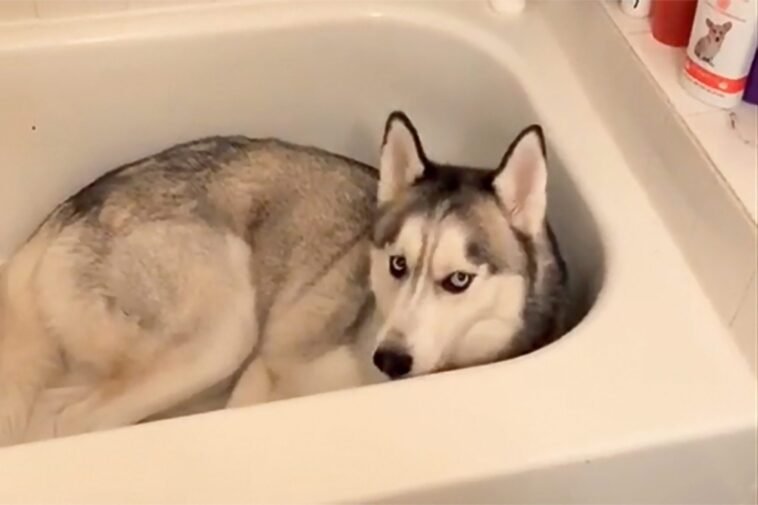 Sig the husky loves his bathtub so much that the request to leave it prompts a pretty scary death stare. In general, dogs do not like bathtubs therefore they don’t like baths. However Sig is one of the rare cases, as his mother tells, he will be relaxing in the bathtub or swimming in their pool. Lucky him.

TikTok is the most followed media at the moment anywhere on planet earth. The attention it has received from its users emphasizes this fact even more. Entertaining, informative, educational videos already have a new source on the net and it is called TikTok.

Recently, as in any other network, the focus has shifted to the reactions of dogs in everyday situations. I am not surprised by the attention that canines receive, on the contrary I understand that these creatures are irresistible.

Their reactions manage to win over people all over the world. We love dogs because their behavior openly shows the sincerity that characterizes them.
Sig a husky who loves the bath insisting on staying longer, is the protagonist of this video. On the other hand, his mother Anna Carol Williams could not resist publishing his overly cheerful reaction. The reactions were immediate and flooded reaching 25.2 million views in a short time.

Since I have been a husky mom myself for 10 years, I understand this behavior quite well. Huskies are stubborn and there is no solution for this, except to accept and love them unconditionally.

The support of husky lovers is seen in every comment. Some of the most interesting comments were:
“He like curled up like you couldn’t see him.” “
“Geez I have to bribe my dog for a bath and then she hates me the rest of the day.”
“Huskies have to be the BEST at showing emotions.” totally agree with this one.
“I love these drama pooches. don’t want one, but I love how dramatic they are for their parents.” and so on… 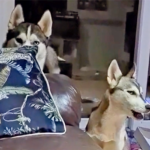 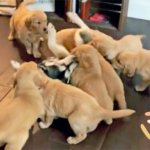