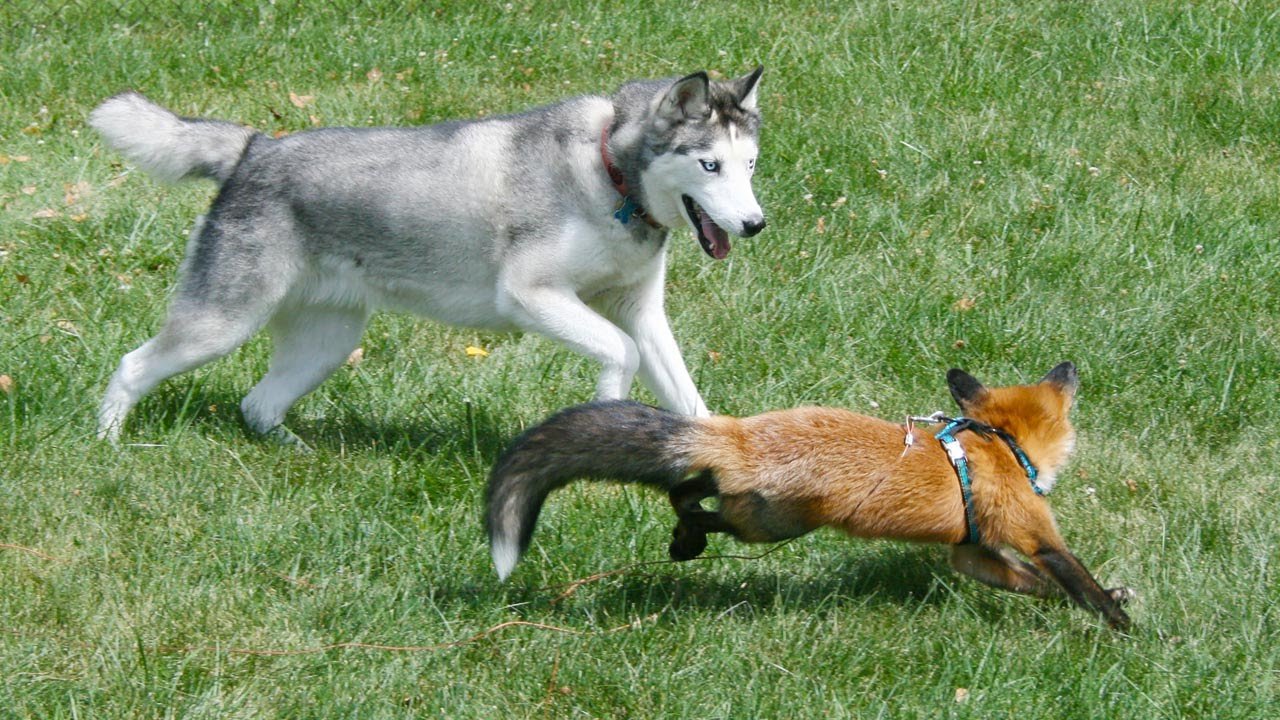 Based on their characteristics and the laws of nature these animals are enemies to death but this fox and the Siberian husky crossed their instinct and became good friends. They stand together in the couch and run to try to catch each other in the garden. Teagan, a vixen, and Cora, a Siberian husky, do everything together and they don’t have any sign of aggression until now.

#1- This adorable pair- Teagan, a vixen, and Cora, a Siberian husky-  do everything together.

#2- Whether snuggling up together on the sofa or chasing each other round the garden, Teagan and Cora are the best of friends.

#3- Usually pitted against each other in the name of hunting, the adorable pair have become inseparable since the young fox cub was adopted in 2013.

#4- Chris and Ashley Daley obtained Teagan from a certified breeder in Illinois, where it is legal to breed the animal if you obtain a special permit.

#5- Cora, who was adopted from an animal shelter at age three, was quick to take the young cub under her wing.

#6- In scenes reminiscent of the 1981 film The Fox And The Hound, the playful Husky befriended the fox club instantly.

#7- Teagan, pictured having a cuddle with his owner Chris Daley, was raised like a dog puppy.

#8- Now the young fox can sit and give her paw, as well as enjoying having her chin tickled.

#9- By nature they are mortal enemies, but this real-life fox and hound get along so well they have never had a fight.

#10- In scenes reminiscent of the 1981 film The Fox And The Hound, in which a young fox befriends a puppy, the couple have photographed them playing together in their garden.