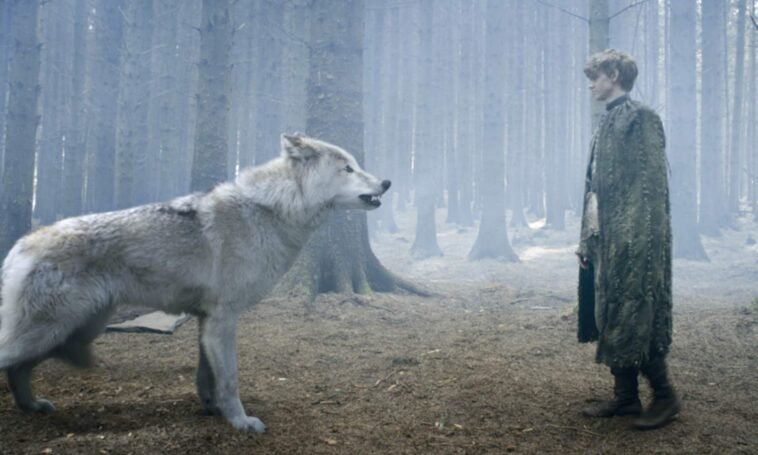 The largest ancestral canine that ever lived, the dire wolf (Canis dirus) terrorized the plains of North America until the end of the last Ice Age, ten thousand years ago. It lives on in both popular lore and pop culture (as evidenced by its cameo role on the HBO series “Game of Thrones”). So, here are some Dire Wolf facts you need to know.

1. Dire Wolves are being recreated

The National American Alsatian Club is working on a project called The Dire Wolf Project, a program to breed specific domestic dog breeds to bring back the look of the Dire Wolf which has been extinct for quite some time.

In reality, Dire Wolves were about 25% bigger than the well known grey wolf, so if you thought you were going to have a big bad boy at your side you may want to rethink that as, at a maximum, they only weigh about 150-200 pounds. These beasts, however, are not a fatty animal and are bigger boned than the grey wolf.

3. They were the largest species in the Genus Canis

The Dire Wolf is the largest of the Genus Canis group which includes, wolves, coyotes, jackals, and domestic dogs. However males and females were similar in size, making it less likely that there was competition in the species.

Bones have been found of both Sabertooth Tigers and Dire Wolves in the close areas near similar prey, suggesting that these two probably had some head to head fights. Which species won the fight will remain a mystery. Although, it’s nice to imagine that they were playful besties instead of enemies.

While you may think Hypercarnivore means they are a man-killing beast, in truth, it just means their diet is 70% meat, but they also balanced it with non-animal foods. Their main meat source came from animals like horses, bison, and sometimes giant ground sloths.

6. The teeth of a Dire Wolf had a bone crushing force

The teeth of a Dire Wolf were made strong enough to bite right through bone with little effort, allowing them to devour nutritious marrow from inside the bone. Their teeth were also designed for tearing not chewing, making it likely that they tore large chunks of meat and swallowed them whole.

7. The jaw of a Dire Wolf has an estimated 1,900 pounds per square inch worth of power

The jaws of the Dire Wolf actually outo Hippos, but are only about 69% as strong as the American Lion. According to Paleontologist Francois Therrin, their bite is 129 percent of the force of the modern day grey wolf.

8. The Dire Wolves extinction cause is a mystery

While there is no doubt that the Dire Wolf is indeed extinct, the cause is very much debated, but it is thought to have happened rapidly over the course of 100 to 1,000 years. Theories range from their prey being wiped out in an ice age to slower prey being caught making them not able to catch faster prey. Interestingly, the timing of the extinction was about the same time the grey wolf numbers started to increase.

9. They existed for over a million years

Before going extinct these meat eaters ruled most of what we know as North America for 1.79 million years and are thought to have lived in packs of 30 or more leading experts to think they cared for one another like a family. They also made some parts of Latin America their home.

10. Dire Wolves have many names

We refer to them now as Dire Wolves, but in history they were known as; Canis Dirus meaning fearsome dog. Canis Primaevus later changed to Canis Indianensis, Canis Mississippiensis, Canis Ayersi, and Aenocyon Dirus.