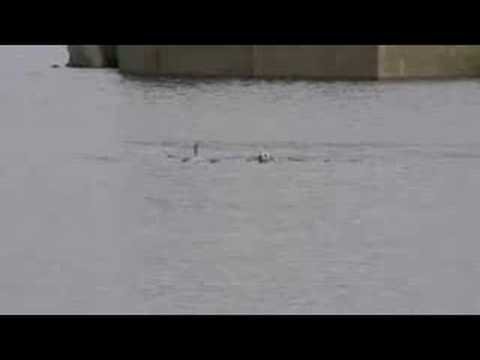 In this era with the help of internet we have seen the most bizarre friendships between animals that we would have never considered possible. Apparently animals have a lot more to teach us that we have thought. They have shown that anything is possible if you put your heart to it. This article shows us the most stunning friendship between two very different species we have ever seen. I was mesmerized when I first saw the video.

The Labrador loves to get into the water and swim everyday. Since he lives in an island that has become one of his favorite activities. While the dog enjoys his morning swim as we can see in the video as well, his friend the dolphin joins him every once in a while.

Even the resident are amazed when they see the pair interact so naturally in the water. They have been doing this for so long, that now they even keep swimming and interacting for three to four hours.  The Labrador stays vigilant, keeping his eyes towards the water and as soon as he spots the dolphin he jumps right in the water and joins him.