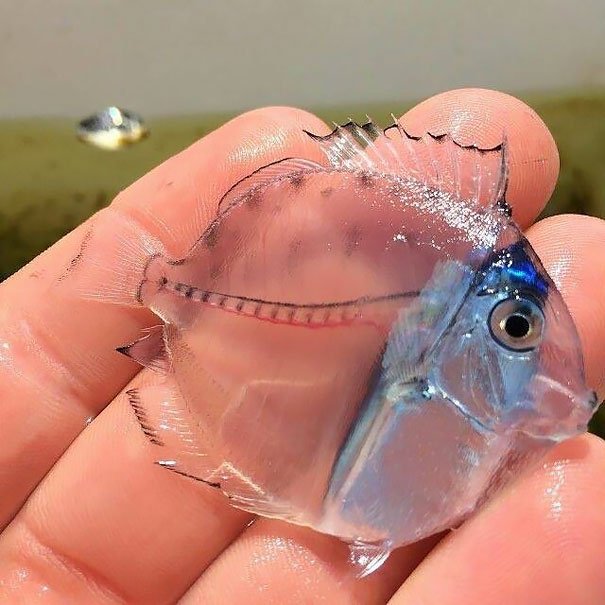 If you thought that Transparent Animals exist only in animated movies, you will think very differently after you’ll see these 10 real life translucent animals. One has to concentrate in order to notice them cause at times they might be right in front of us and we don’t see them. Scrolling down below you will notice that most of them are sea creatures and there is a simple explanation for that.

Two words ‘Self Preservation’. As scientist say, those ocean animals that do not have teeth, toxins, speed etc to use as their shield will have some degree of invisibility. Enjoy 10 mesmerizing transparent animals / creatures by scrolling down the list below.

#1 The Glasswinged Butterfly is a brush footed butterfly. Her translucent wings come from the low absorption of the visible light, by the material itself that constitutes the wings as well as from the low reflection of the light on the wings surface. #2 Transparent Juvenile Surgeonfish is found in a wide range of water and are widely kept as aquarium fish. They come from the same species as the famous Dory from ‘Finding Nemo’ movie. Crazy, huh! #3 Juvenile Sharpear Enope Squid is covered in polka dots given from the pigment-filled cells. Under his eyes there are bioluminescent organs that give him the majestic appearance. They are mostly found at depths throughout the tropical and subtropical oceans. #4 Translucent Pharaoh Ants are 2 mm small and come in yellow or light brown color. They are almost transparent as you can see by the picture as well, they color changes depending on the colored liquid they are drinking from. They can be seen through Europe, America, Australia and Southeast Asia.

#5  Macropinna Microstoma is known as a highly see-through  fish specie belonging to the Opisthoproctidae. Only the lenses of its eyes and the fluid-filled dome on its head can be seen. This is a spicy scientifically known since 1939 but the first shot of it was taken in 2004. #6 Tortoise Shell Beetle, although it is not completely transparent it has a carapace that is almost invisible. Nature has made it that way to mislead potential predators. The revealing markings on its back act as a warning. There are several varieties of tortoise beetles and numerous beautiful designs under their clear shell. #7 European Eel start off translucent and than turn to light brown and yellow, changing colors many times throughout their life. Between 5-20 years they reach their maturity making their eyes grow bigger and flanks become silver. When they reach this state they are known under the name ‘silver eels’. #8 A Juvenile Octopus is 2 cm wide and his body is complete see-through. Every organ in his body is visible. His tentacles change color from orange. #9 See-through Frog is a rare specie in the Hyperoliidae family. It has been seen only inside the Republic of Congo. 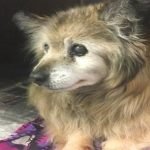