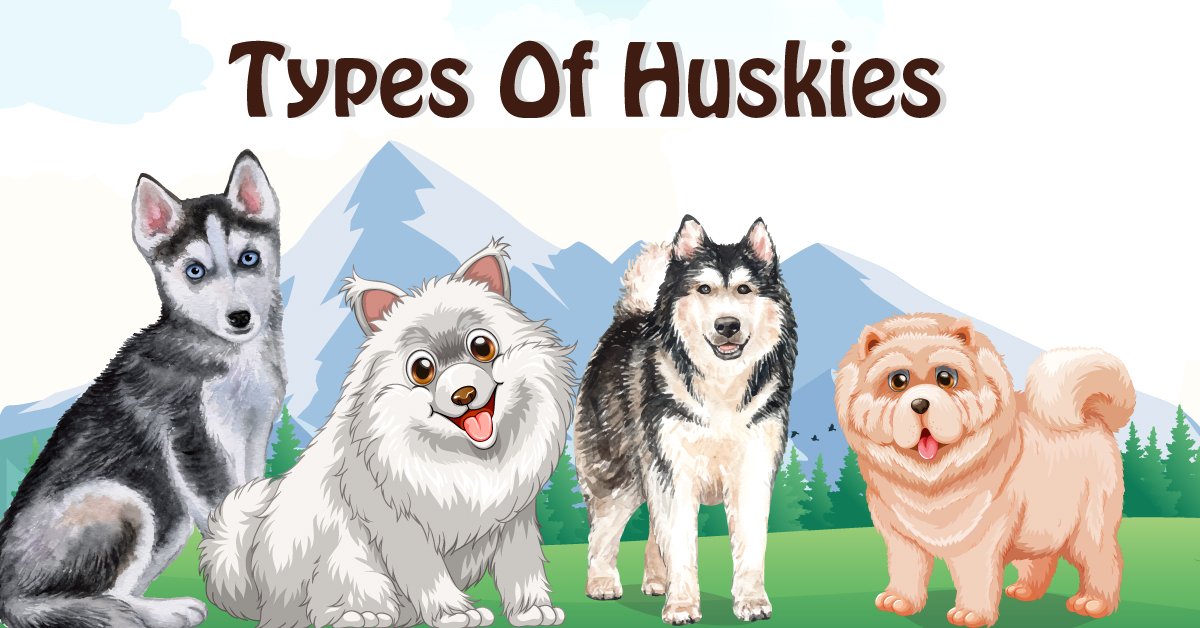 Husky is one of the most beloved breeds by dog lovers, the reason why we made a list of Most Beautiful Types of Huskies. These dogs were bred by the Chukchi people in order to give their help to this tribe. The need for manpower was the reason for breeding this breed. Huskies are known as snow dogs who have been pulling sledges for years. The most famous story is that of Balto, which proved years later that the real protagonist had been Togo.

Characteristics of a husky:

Mankind has gone through dark periods during its existence on earth. One of them was the virus in Nome, which managed to be defeated thanks to these dogs. Here is what a dog is capable of doing for man, running thousands of miles in order to save his loved ones. We do this too, but we are intelligent beings. Everything we do is calculated, well thought out and we are aware of our actions.

Huskies we need to know:

The preferences for this dog are different. They range from the color of their eyes, to the fur to their resistance to activity. There is a way for you to make the right choice. This ranking includes 10 husky who are purebreds derived from the Siberian Husky except for the Miniature Husky.

Dogs have always given their best to help or love man. Make your choice based on personal factors such as space, physical activity and time available. When you manage to anticipate these elements the chances of success of your coexistence are guaranteed. So I invite you to make your choice between 10 huskies, which are similar as well as different from each other.

The Siberian Husky have a wolf-like face and are known for their love and kindness. He creates close ties with other animals and manages to get close to anyone. While smaller in body than Malamute and also less hairy, these two dogs are often confused with each other. Siberian Huskies typically weigh between 35 and 60 pounds, and are between 20 and 23 inches tall.

Of German origin, this breed is characterized by white fur. These happy dogs are covered in white fur and commonly come in three different sizes: toy, miniature, and standard. Their height goes between 9 and 12 inches tall, while their weigh between 6 and 30 pounds.

Canadian Eskimo Dog and American Eskimo dog are two completely different dogs. Their breeding has been done in different countries of the world. Friendly but at the same time very territorial, this canine comes in a smaller version on the body. Their legs make up the difference, they are shorter than the legs of the Siberian husky. Their common element is stubbornness, they both react the same way when asked to obey.

Breed only 40 years ago by Linda Spurlin. With an Alaskan Malamute-like personality, this dog has a smaller body. In body composition the resemblance is greater with the Siberian Husky starting from the fur and the eyes. They can stand between 13 and 17 inches tall and weigh between 10 to 20 pounds. The dog is called Klee Kai, since it means “small dog” in Inuit.

Most Beautiful Types of Huskies:

Samoyed is known as the king of the fluffy double coat inherent to the Husky breeds. With a dense fur and long hair Samoyed stands between 19 to 24 inches tall and weighs between 35 to 65 pounds. With a slightly smaller body than other Husky breeds, these dogs are bred to pull sleds. They are friendly dogs, but if they are not socialized, they become very territorial.

Taller than the Siberian Huskies, Alaskan Husky is a unique breed. They prefer to be surrounded by different people or animals, an indication which highlights their friendly character. Don’t worry about their training, just collaborate with them and you will succeed.

Labrador Husky were originally bred in Canada as sled dogs and hunting dogs. Although they have a beautiful face, they are not at all friendly. They love hunting. Their size can grow about 20-28 inches and weigh between 60-100 pounds, while their lifespan ranges from 10 to 13 years.

Another breed that belongs to the husky group is Chinook dog. With golden to brown mix coat, Chinook is among the best guardian dogs. The purpose of their breeding was to protect farm animals from wildlife. With a strong desire to collaborate, they can create fantastic relationships with young children. However, their best virtue is the fact that they obey as soon as you ask them.

Weighing in at 75 to 100 pounds and being 23 to 26 inches tall, they are known for their large bodies. They are in love with people but not with animals. Train them to take care because they are bred for this and your home will be safe. The Malamute is a brilliant dog that originates from the region around Alaska.

Miniature Husky is not a real ‘breed’. These pups share the same characteristics as their parent breeds. 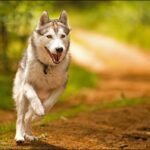 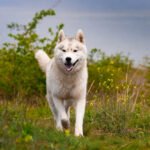