Paris Saint-Germain superstar Lionel Messi produced a scintillating showing in the month of October, with his individual highlights trending on social media.

The 35-year-old is enjoying an impressive second season with the French giants and is in great form heading into the World Cup.

The little magician has finally been able to replicate some of his old Barcelona tricks that we came to accustomed to, with his performance this season making for phenomenal viewing.

In a video compilation posted on Twitter, spotted by Sports Brief, Messi’s clip for the month of October alone shows he has been out of this world.

Most players could only dream of having a career highlights package as good as this, never mind a month’s highlights.

Messi has contributed 23 goals in 16 appearances so far this campaign. 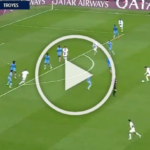 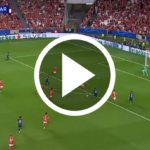