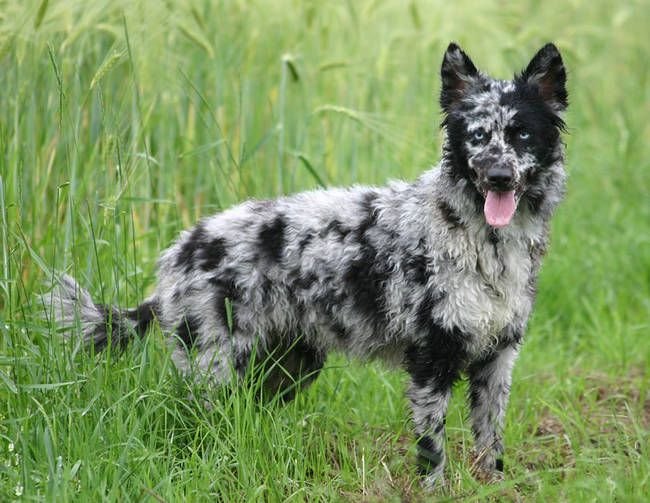 This breed is a direct descendent from the original Mastiff dogs of ancient times. These huge, wooly dogs are fierce guardians in their native Himalayans. When this breed was first removed from their high mountain environments to the valleys for trading and breeding, numerous health problems resulted. Fortunately, today’s Tibetan Mastiffs are far removed from their original mountaintop posts, and have also been bred for better temperament. These dogs are massive-males can be over 160 pounds!

This noble hound breed can be traced back to the 1100’s. They where once a favorite dog of the hunt, and were used in packs to hunt otter, hence the name. Unfortunately, after otter hunting was banned in England in the late 1970’s, these large hounds had to be re-homed from their country estates into homes as pets. It is estimated that there are only 350 Otterhounds in North America.

This breed is a Turkish Pointer, and is readily identified by its “split-nose”. This may be the result of severe inbreeding, or because the local hunters prized the fabled hunting prowess of split-nosed dogs over pointers with normal appearing noses. Either way, they are virtually unknown outside of Turkey, although they are prized in their homeland for their hunting abilities.

This breed was introduced into the United States back in 1994, and has been seeing a rise in awareness and popularity ever since. This wrinkly-faced, Asian dog is identified by the ridge of hair growing against the lay of the coat along the spine, a characteristic shared with the Rhodesian Ridgeback. They are a strong-willed and powerful breed, and are still used in their native home as livestock guardians and protection dogs. This is a Hungarian Herding dog of superior herding quality! Their soft, curly coat and smooth faces can identify these mid-sized little wonders. Fortunately for the Mudi, they have been gaining momentum and recognition in the dog world for their excellent herding abilities and they excel at canine agility. There is already a Mudi Club in Canada and the U.S. This breed is still very rare outside of its native Hungary. Also known as the “Puffin Dog”, this little hound was kept by the Vikings and used as an agile hunter. They have amazingly flexible joints, and are recognized as having double dewclaws on all four feet. Unfortunately, this breed has a very serious digestive condition that makes the absorption of nutrients from food difficult and shortens their life spans. This sighthound is very rare outside of it’s native Africa, but is finding favor in the United States, where between 100-200 dogs are said to live. This hound appears to be a stretched-out greyhound, and is more pack oriented than other sighthounds. It is used for hunting gazelles and other fleet animals of the African deserts. This breed is also known as the “American Dingo”, and has been genetically linked with such primitive dog breeds such as the Australian Dingo and New Guinea Singing Dog. They are an amazingly versatile breed. Unlike other domestic dogs, who have an estrus cycle twice a year, Carolina dogs have a single estrus cycle during the year like other wild dogs. . It is a pariah dog of the American Southeast, and I can remember seeing these “yellar dawgs” running through the woods of Lexington County during my teenage years in South Carolina. This dog is considered a national treasure in the Netherlands. This dog is both a pointer and retriever, and is used as a gundog today. The Dutch Dog Registry carefully monitors breeding of this rare treasure, and there are only 100 dogs in the United States at this time. This rare dog is the direct descendent of one famous sled dog, named Chinook. After the breed founder’s death in 1963, this breed went into rapid decline and looked as if it would be lost forever. A dedicated group of dog lovers found the remaining 11 breedable dogs in 1981 and worked diligently to restore this breed. Today’s Chinook is primarily a house dog, although a few enjoy being used as sled dogs. 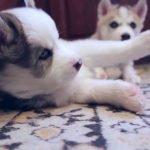