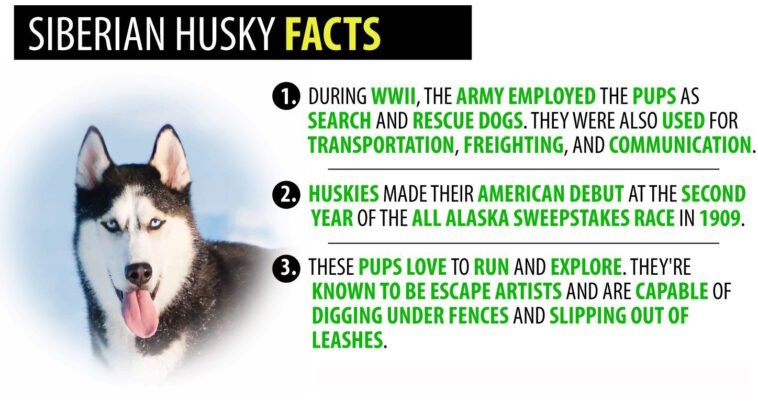 #1- Siberian Husky aren’t wolves!! They originate from Siberia and belong to the Spitz genetic family, which for the last 5000 years have not been influenced by wolves. #2- The last Siberian Husky was exported from Siberia in the 1930’s when the borders were closed by the soviet government, but the breed continued to thrive in North America #6- Siberian Husky eyes are light blue, dark blue, amber, green, or brown. In some dogs, one eye may be brown and the other blue or one or both eyes may be “parti-colored,”. #7- They come in a variety of colors including black and white, brown, grey and white, sable, agouti, white and other variations. #8- Huskies are the 14th most popular dog breed in America.