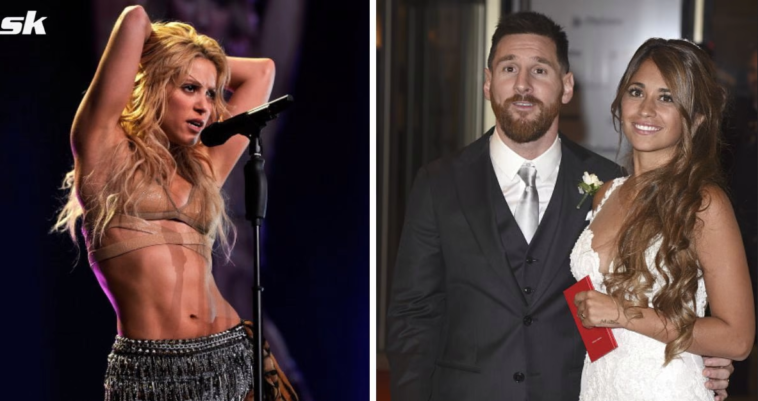 Though Shakira He continues to talk about his separation from Gerard Piqué recently the alleged rivalry between the interpreter of “Antología” and Antonella Rocuzzo wife Leo Messi. Many claimed that Shakira did not “fit” in the group of players’ wives. What is the truth? Here we tell you.

As we know, the one born in Colombia has been spending days with her children, Sasha and Milan, through countries like Mexico and the United States, especially in the big cities of Los Angeles and Miami.

Even the author of “Eres tú” was encouraged to publish a photo with her offspring on Instagram with the sweet message of “The purest love” referring to the little ones.

After 12 years of relationship, both decided to end their romance last June (Photo: Albert Gea)
Such a post did not go unnoticed by her fandom, who did not hesitate to praise her facet as a mother, although among so many comments there would be a name that stood out among so many: Antonella Rocuzzo.

And it is that the woman of the 10 of Barcelona did not hesitate to show her sympathy towards the Colombian artist, since in her publication she placed several emojis as a sign of support, thus settling any indication of enmity between the two.

Some time ago, thousands of Internet users began to spread the rumor that both Shakira and Rocuzzo got along badly inside Barcelona, ​​an entity where Piqué and Lío play.

In fact, when the club’s top star, Lionel Messi, was fired by the rest of the players, neither of them showed up to applaud him at the Blaugrana store.

But that is not all. And it is that according to the entertainment medium “People: in Spanish”, Shakira would not have a very good friendship with Messi’s current wife because she is a friend of Nuria Tomás, a past girlfriend of 3 from Barcelona.

In this sense, the journalist Yanina Latorres maintained in the program “Los Angeles de la Mañana” that there was a fight between the two during a fellowship dinner.

“They were at a barbecue, on a Sunday night, at Messi’s house, after a Barcelona game. […] The grill man served Shakira a chorizo, and she started screaming: ‘Get this out of my sight! What is this that they serve me?’, as if they had served him a piece of fat. Shakira’s attitude and screams served to definitely not cultivate a good relationship with the Colombian singer.” added the presenter.