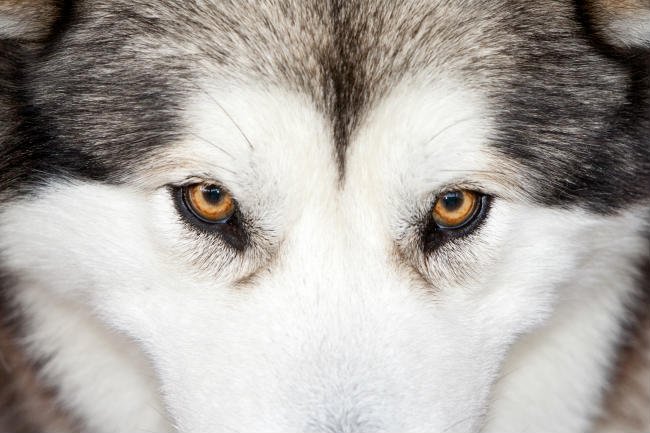 #1- Summary: Siberian husky first originated in Siberia, Russia. This dog was first developed by the Chukchi tribes in Siberia, and at first it was just a hard working kind of dog, that was used to pull heavy sleds for long distances. The usage of these dogs since half a million years ago in places with temperature below 0, and the long rides these dogs had to take, made their breed famous all over the world. Shortly they were used by the U.S Army’s arctic search and rescue efforts during World War II. Their good performance was the reason why they were constantly used from the U.S Army’ arctic search-and rescue efforts even after the World War II was over. Nowadays they still remain one of the best sled dogs, which are capable to win races because of their energy and power. Furthermore they are incredible pets, and great around people. According to American Kennel Club Siberian Husky ranks the 18th among best human companions. Siberian huskies beauty has drawn the attention of many artists from all over the world. There have been movies about Siberian huskies; Eight Below (featuring Paul Walker,) and books; Siberian Huskies Smart Owners Guide (Kennel Club Books.) Moreover this dog’s appearance is a strong quality that makes new owners to buy them even more. Their beautiful special eyes: black, green, blue, yellow or white make a first impression that is really hard to forget. Something very special about Huskies in general is that they can even have different colored eyes: black and blue, or blue and white. The increasing popularity of this breed is caused also from their familiarity, and the fact that they can perfectly adopt into a multi-dog family without being aggressive. As mentioned above this breed is perfect with children. It acts childish most of the times, loves to play games, and loves to act silly. Never forget that no matter how friendly or harmless a dog could be, you should never leave it alone with a child. In order to make your Siberian husky a perfect company for yourself and for the people around you it is highly recommended to take your dog into socialization classes where they are trained how to act around other dogs and unknown people. Through these classes they also will learn some basic rules how to listen to their owner, and how to behave with others. Remember; you as Siberian husky lovers should take some-time yourself to teach your pets’ basic things: how to sit, how to be quiet, how to give you their paws, and most importantly to come and sit with you on the couch to take a nap together. Before getting a Siberian husky make sure to have a good vacuum cleaner that will be able to clean your house from all that long, dense hair that this breed has. It is usual for them to shed since they are energetic and all over the place all the time. They shed mostly during the shedding season, spring and fall, so prepare yourself to have a house covered with Husky dog’s hair. It is a good choice to take some time during this season and brush your dogs’ coat every day outside your house. This will rush their shedding season, and will somehow resolve your covered-in-hair house problem. For those of you who don’t know: Siberian Huskies who live in their natural habitat that is Northern region, tend to shed lees than those who live in warmer environments. 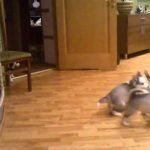