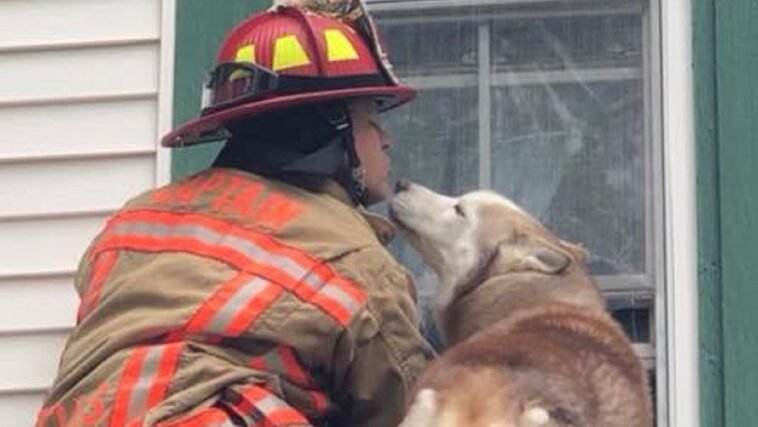 Curiosity killed the cat. An expression I grew up with and realized that it serves as an order to tell someone that they should not try to find out about something which does not concern them.
This expression describes people and animals who are more curious than they should be.

Dogs are known for their curios natures and the husky we are going to talk about today is no exception. Out of curiosity he managed to squeeze himself through an open window on his home’s upper level and out onto the rooftop.

The dog was not disturbed by his reckless act, but his dear neighbors called the firefighters in order to help the husky.

Dog Gives Thank You Kiss to Firefighter Who Saved Him From Roof.

As soon as Jeff Nawfel, the captain of the fire department, arrived, he climbed to the roof to help the troublemaker. However, the dog was happy when he saw a friend joining his so interesting game.

While Captain Nawfel was opening the window safely to transfer him back inside, Husky started playing refusing to enter the house.
Realizing the situation, the dog sat on the firefighter’s lap as a sign of gratitude.

The pup realized that Captain Jeff was there to save him and gave him a big kiss to thank him for his efforts! 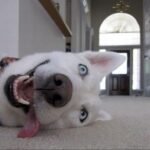