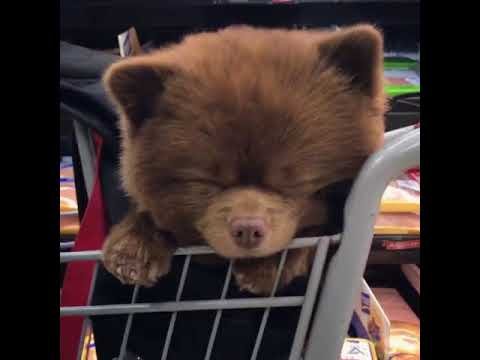 As we all know the Internet is where everyone goes to when we all have doubts about numerous different things. It is not unusual to see weird things on the internet, and then argue about them for the next few days will everyone we know. Internet argues are something normal these days, and that is why I decided to share with you this dilemma: Is this a bear, or is this a dog?

A Reddit User TheRedFox posted the following picture, and wrote:  “Somebody brought this bear into doggie day care.”

Honestly I don’t know what to think. In my opinion this is definitely a bear cub, but not everyone agrees with me. This is how different people have argued about this dilemma:

Redditor BurgerSupreme had a thought: “That’s not a dog, that’s a baby Ewok.”

Then another Reddit user decided to swoop in, and speak up their mind about this weird, yet cute dilemma. The Reddit user PTCruisin said: “Yup, a Pomeranian and Teddy Ruxpin,” they wrote.

Since everything travels really fast in today’s world, the dilemma made its way on Twitter where a Twitter user decided to share some adorable photos of the adorable creature, still without knowing wether it is a bear cub or a puppy.

Right after that, another Twitter user retweeted the picture of the adorable bear cub/ puppy, stating that it is named Bounce. Little cute, fluffy, precious Bounce right??

Maybe a wet picture of the creature will help you will the dilemma. So now tell me you guys, is this a bear cub or a puppy??

Do you want to know if you guessed right or not? Well in the following picture you will be able to find out what it is.

According to the person who first posted the picture of “Bounce” on Reddit, this is the truth, and nothing but the truth: “They said it was a Pomeranian. But I assume that was code for ‘bear’.”