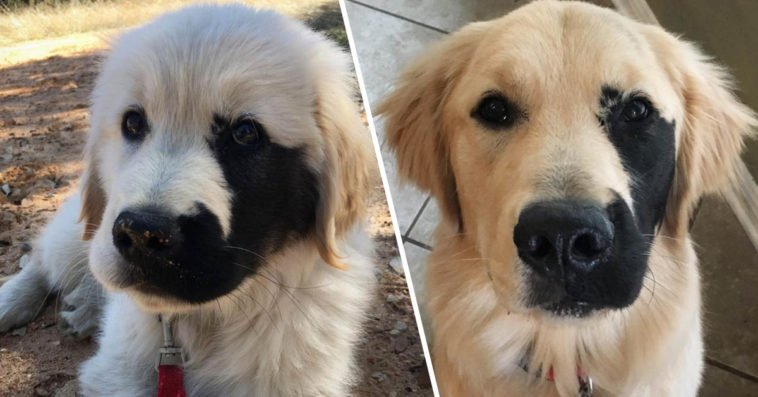 Enzo joined his forever family when he was around 2 months old, and much like any other puppy he was friendly, goofy, cuddly, and loved to meet new people. But a rare genetic mutation makes him stand out from the crowd.

Despite being a purebred Golden Retriever, a breed that typically sports a single golden coat, Enzo was born with a large black splotch around his eye, which almost completely covers the left side of his face. The beautiful beauty mark is caused by a rare disorder called pigmented somatic cell mutation.

“Golden retrievers are born with a base black coat, with a ‘modifier gene’ that turns them golden,” Ella Castro, Enzo’s mom, told The Dodo. “Almost every dog has this modifier. Enzo has a little stumble in his DNA that erased it on that one part of his face.”

Enzo’s condition is not at all common, making him a very special little pup, and incredibly unique-looking for his breed.

The ‘birthmark’ gives Enzo a unique look, and he’s rocking it. He’s quickly becoming a success on Instagram, under the handle mister.enzoviola, and we can see why. Who could possibly resist that adorable face?

While he may be a rarity, Enzo is completely oblivious to this and has no idea that he’s any different from any other dog. Strangers are always fascinated about Enzo and his little freckle, meanwhile, Enzo just wants to befriend the entire world, no matter who they are or what they look like.

“Most people don’t know he’s a golden,” Castro said. “They often ask his breed and say they assumed he was a mutt, because goldens are solid colored.”

While Enzo may look a little different, he’s still just like any other puppy, and his family will always love him for exactly who he is.

It’s impossible not to fall for this little guy and his adorable freckle. We love you Enzo!

Another quirk about Enzo is that he’s actually very, very big for his age.

You can keep up with Enzo and his adventures on Instagram! 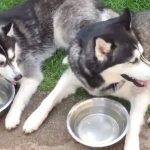