It is so hard for to understand how can such thing happen. Like this case of starvation where the owners of these dogs let them starving until it resulted in cannibalism. What is unimaginable for the majority of people happens to be the every day reality for others.
The man was sentenced with six years in jail in Alabama after starving their six dogs until it resulted in cannibalism when one dog attacked another for food. Meanwhile the woman, which is the wife was sentenced with just one year. The male played guilty to all six charges that were made against him for animal cruelty.

This situation was brought to the authorities attention when they went to the couples house to take custody of their son. While there they noticed three tied Pit Bulls with heavy chains and inside the house was another dog whom looked healthy. And in the same room they saw the half eaten carcass of another dog.

Apparently the couple had moved out weeks ago leaving the dogs behind in chains.  It did not take long for the authorities to find the couple living with relatives near that area. 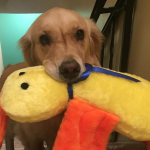 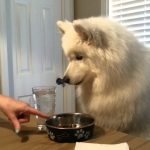