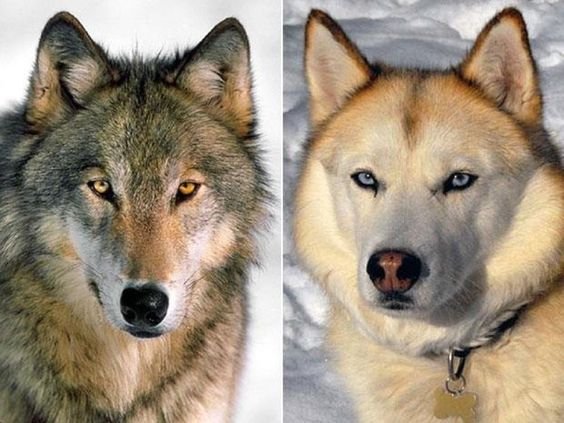 Dogs have domesticated from wolves, and this is known world wide. Dogs have left behind different traits, which they first inherited from wolves. Surprisingly some ancestral traits still remain today in a dog’s physique, and personality. If you have never noticed before the tinny tiny differences a dog and a wolf have, then take a look at these 10 interesting characteristics that make dogs different from wolves.

Wolves or “wild dogs” canine have long, and strong teeth, more curved, an a lot thicker than a domestic dog. This is how dog’s teeth look like, and how wolves teeth look like. Do you notice any difference? Dog surely can howl, and they can be laud as hell sometimes, but have you ever heard at “wild dogs”? Wolves howl for every occasion: mourning, excitement, or on the haunt.

Studies have shown that dogs shed at least twice a year, because it depends on the breed of the dog. While wolves only shed once a year, later spring, early summer season. 4- The thrill of a chase

Dogs chase one another, most of the time, for their own amusement. For Wolves the thrill of chase is not the same. Wolves run, and chase their prey, so their chase trill is definitely more intense. Domestic dogs have colored eyes from blue, to green, to brown, to black and so on. “Wild dogs” have only yellow, green or amber eyes.

Some domestic dog breeds have a curled tail, even breeds that have a straight tail will exhibit a curl tail when in action: running, playing, or jumping. “Wild dogs” have straight tails. Wolves have the so called “single tracked,” on the right you have dogs tracking strategy. While dogs are considered to be a man’s best friend, wolves are too shy to socialize. This characteristic excises because of the wild lifestyle wolves have. Dogs have small paws, but wolves have big, strong paws. They are able to run fast, swim, walk in the snow and so on. Dogs don’t change their fur color as years pass. The opposite happens with wolves. Most of the time they are born black, but by the age of 5-6 their fur color has transformed to white or light silver. 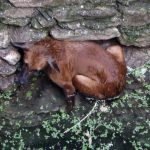