It all started with the adoption of just a single senior chihuahua many years ago. She came across with him by accident but bounded immediately. The conditions were he was held were horrendous so she stayed on his side during the whole recovery.
After realizing the heartbreaking life dogs in the shelters had, especially speaking the senior ones it just broke her heart. That is why she decided to adopt more. During the four passing years she has adopted four chihuahuas. Sadly one of the ones adopted later passed way due to an incurable disease.

Although they have spent more of their life unhappy, unnourished and badly treated, now all that is left in the past. They are the happiest they have ever been. Not only because now they have a home and a family that loves them but mostly because they have each other. Actually they have even formed their own group of four. It is named “The toothless senior chihuahuas”. Cool huh! 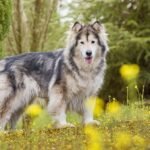